STX Deal to start at last 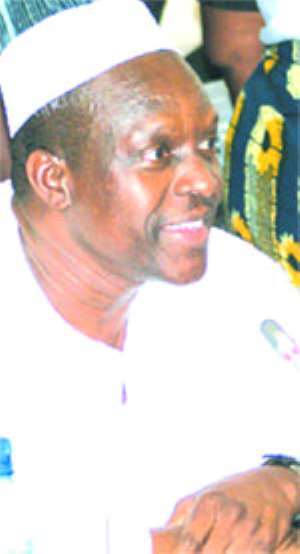 Partners in the STX Housing deal are gearing up for settlement, in a case in which the Ghanaian partner, GKA Airports Company Limited, is seeking to sack the Korean partner, STX Engineering and Construction Ghana Limited and STX Construction Company Limited in Seoul, in a suit before an Accra Commercial Court.

Counsel for the Plaintiff, Mr. Carl Adongo, yesterday informed the court, presided over by Justice Gertrude Torkornoo, that his client, GKA Airports Company Limited, and its Korean Partners, STX Engineering and Construction Ghana Limited and STX Construction Company Limited in Seoul, have drawn up terms of settlement, which was yet to be filed.

The court, therefore, adjourned sitting to November 24, this year, for continuation.

As a result, the Koreans first initiated legal action against their Ghanaian counterpart, over who owned the company, when they sued B.K. Asamoah, the Registrar-General and others for allegedly diluting the company's shares to GKA Airport's advantage, but the Fast Track High Court (FTC), presided over by Justice N.M.C. Abodakpi, adjourned proceedings indefinitely, due to incomplete documentation of the court process.

GKA Airports Limited is seeking a court declaration that by terminating the Joint Venture Agreement and Heads of Agreement, STX Construction Company Limited in Seoul renounced its membership of the 1 st respondent, STX Engineering and Construction Ghana Limited.

GKA Airports want a further declaration that the resolution, purportedly passed by STX Engineering and Construction Ghana Limited's Board of Directors, at a meeting held on August 18, 2011 to convene an extraordinary general meeting of the company, was illegal, null, void and of no effect.

The plaintiff wants a declaration that 'the notices, dated August 29, 2011, and September 8, 2011 respectively, of an extraordinary general meeting of the 1 st respondent to be held in the 1 st respondent's conference room on October 6, 2011, at 4.00 p.m. are illegal, null, void and of no effect.'

The plaintiff further wants an order of injunction, 'restraining respondents from holding the extraordinary general meeting, scheduled to take place on October 6, 2011, at 4:00 p.m. at 1 st respondent's conference room.'

However, the defendants (Koreans) fired back, disputing the claims of the plaintiff and made counter-claims against the plaintiff.

In their affidavit in opposition, filed on October 17, this year, and deposed to by Daniel Jung, the defendants say they had not executed any transfer of its shares, neither have the shares been affected by any law or statute.

'The right of the 2 nd respondent, as a subscriber to the regulations of the 1 st respondent, are guaranteed and or prescribed by statute,' the defendants asserted.

The project was to commence with the construction of 200,000 housing units in the country, starting with 30,000 houses for the security services, at the total cost of $10 billion.

Boardroom wrangling between the Koreans and their Ghanaian partners stalled the project, after President John Evans Atta Mills cut the sod in January 2011 for work to begin.

Vote of Censure: Minority is acting in bad faith, Majority w...
39 minutes ago

Debt restructuring: Losses will be bigger than what is being...
39 minutes ago