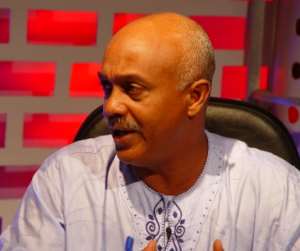 
Financial nalyst, Sydney Casely-Hayford has dismissed the creation of the Local Enterprises and Skills Development Programme [LESDEP] as superfluous and a mere replication of the National Youth Employment Program started by the Kufuor administration.

Finance Minister, Dr. Kwabena Duffuor in his supplementary budget presented to Parliament on Thursday, mentioned the creation of the Local Enterprises and Skills Development Programme [LESDEP] by government.

LESDEP, the Finance Minister explained, was in furtherance of the NDC government's job creation agenda and it is expected to empower the youth through the acquisition of skills supported by equipment and machinery.

But speaking on Multi TV's current affairs show, PM EXPRESS Mr. Caseley-Hayford questioned the relevance of the program: “What is wrong with the NYEP? Is this another NYEP in a new form?, why are we setting up a whole new youth program when we could simply have topped up the NYEP and expanded the mandate of the NYEP, making it a lot more efficient if this is what we want to deliver. Because the only difference between this and NYEP is the phrase that says “supported by equipment and machinery.”

Deputy Finance Minister, Fifi Kwettey, who joined the programme via phone, defended the government's creation of the youth employment module.

He explained that the emphasis of the new youth employment program is different from that of the NYEP.

“With NYEP, the emphasis I think is on youth employment, meaning you create jobs and hire people and pay them,” LESDEP however he said is expected to “unleash the creative potentials of the youth”.

“NYEP is old school, an old paradigm we should be shifting away from to develop rather the capacity of people to become employees rather than employers”.

He stated that the focus of the new youth employment program is to develop people into entrepreneurs adding that “NYEP is adhoc in nature…the new program is thorough, more thought through” he added.

But the Deputy Minister's explanation was contested by the financial analyst who insisted that the only difference between the old program and the new one is the phrase “supported by equipment and machinery” which to him could easily have been introduced into the NYEP program.

Created in October 2006, the NYEP was introduced to address the country's youth unemployment situation with the aim of empowering Ghanaian youths to contribute their quota to socio-economic development.

The program started with nine modules with new modules regularly being created to promote the program's objectives.

Deputy Finance Minister Fifi Kwetey however assured that the NYEP will not be put to bed with the introduction of LESDEP but the two programs will work hand in hand to help the country's youth.