China 'to overtake US on science' in two years 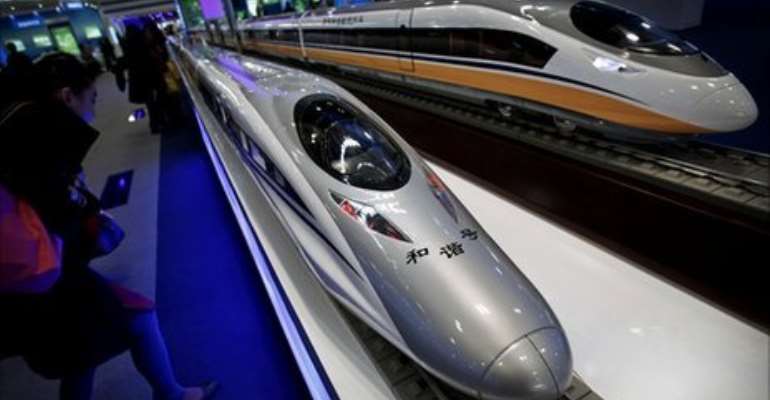 China's surge in progress could soon overwhelm the US, say experts


That is the conclusion of a major new study by the Royal Society, the UK's national science academy.

The country that invented the compass, gunpowder, paper and printing is set for a globally important comeback.

An analysis of published research - one of the key measures of scientific effort - reveals an "especially striking" rise by Chinese science.

The study, Knowledge, Networks and Nations, charts the challenge to the traditional dominance of the United States, Europe and Japan.

The figures are based on the papers published in recognised international journals listed by the Scopus service of the publishers Elsevier.

Previous estimates for the rate of expansion of Chinese science had suggested that China might overtake the US sometime after 2020.

But this study shows that China, after displacing the UK as the world's second leading producer of research, could go on to overtake America in as little as two years' time.

"Projections vary, but a simple linear interpretation of Elsevier's publishing data suggests that this could take place as early as 2013," it says.

Professor Sir Chris Llewellyn Smith, chair of the report, said he was "not surprised" by this increase because of China's massive boost to investment in R&D.

Chinese spending has grown by 20% per year since 1999, now reaching over $100bn, and as many as 1.5 million science and engineering students graduated from Chinese universities in 2006.

"I think this is positive, of great benefit, though some might see it as a threat and it does serve as a wake-up call for us not to become complacent."

The report stresses that American research output will not decline in absolute terms and raises the possibility of countries like Japan and France rising to meet the Chinese challenge.

"But the potential for China to match American output in terms of sheer numbers in the near to medium term is clear."

Quality questions
The authors describe "dramatic" changes in the global scientific landscape and warn that this has implications for a nation's competitiveness.

According to the report, "The scientific league tables are not just about prestige - they are a barometer of a country's ability to compete on the world stage".

Along with the growth of the Chinese economy, this is yet another indicator of China's extraordinarily rapid rise as a global force.

However the report points out that a growing volume of research publications does not necessarily mean in increase in quality.

One key indicator of the value of any research is the number of times it is quoted by other scientists in their work.

Although China has risen in the "citation" rankings, its performance on this measure lags behind its investment and publication rate.

"It will take some time for the absolute output of emerging nations to challenge the rate at which this research is referenced by the international scientific community."

The UK's scientific papers are still the second most-cited in the world, after the US.

Dr Cong Cao, associate professor at Nottingham University's School of Contemporary Chinese Studies, agrees with the assessment that the quantity of China's science is yet not matched by its quality.

A sociologist originally from Shanghai, Dr Cao told the BBC: "There are many millions of graduates but they are mandated to publish so the numbers are high.

"It will take many years for some of the research to catch up to Western standards."

As to China's motivation, Dr Cao believes that there is a determination not to be dependent on foreign know-how - and to reclaim the country's historic role as a global leader in technology.