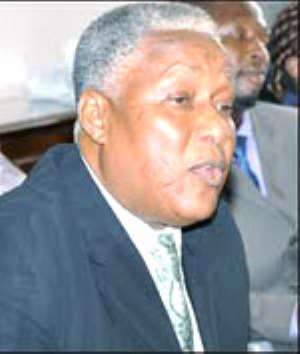 The Ministry of Employment and Social Welfare has closed down 15 orphanages, out of the one hundred and twenty seven operating in the country. This followed the rot exposÃ© at the Osu Children's home by ace investigative journalist, Anas Aremeyaw Anas.

The Minister of Employment and Social Welfare, Enoch Teye Mensah disclosed yesterday, when he appeared in Parliament to answer a question posed by the Member of Parliament (MP) for Asunafo South, George Boakye, about what his outfit was doing to improve conditions in orphanage homes in the country, in the light of the recent revelations at  the Osu Children's home.

The names of the orphanages were not immediately disclosed. The Ningo-Prampram MP said the closing down of the orphanages formed part of his outfit's ongoing campaign to discourage people from running such homes.

On August 23, 2007, the Department of Social Welfare launched the Care Reform Initiative to discourage the setting up of new Orphanages in favour of encouraging community based care and support.

Its aim is to transform the current system to ensure that Departments, Agencies and Non-Governmental Organisations (NGOs) in the country have the training and resources to encourage appropriate parental care, and ensure that institutional care in orphanages is used only as a last resort.

Mr. Mensah said the Department of Social Welfare under Legislation has also produced a data base of children in institutions, drafted guidelines for foster care and adoption and is in the process of drafting a Cabinet Memorandum for Ghana to accede to the Hague Convention on Intercountry Adoption.

The Hague Convention on Intercountry Adoption is an international convention which aims at protecting children and their families against the risks of illegal, irregular, premature or ill-prepared adoptions abroad.

It does so by establishing principles for countries to follow that focus on the need for intercountry adoptions to occur only where it is in the best interests of the child and with respect for his or her fundamental rights.

The Convention also focuses on the need for countries to work to prevent the abduction, sale, or trafficking of children. It was concluded on 29 May 1993 and came into force on 1 May 1995.

But surprisingly, Mr. Mensah said five new orphanages have been issued with licenses to operate in the country. He did not disclose the names of these five orphanages.

n Ghana, according to Mr. Mensah, 4,000 children were recorded in the 127 orphanages, but there was evidence to prove that not all the children were orphans.

He told Members of the House that lack of funding has been an impediment to the smooth operations of the Department. He said a small amount of GH¢5,000.00, is allocated yearly to the various Departments of Social Welfare in all the 170 districts to carry out their duties. This amount he said is woefully inadequate.

Mr. Mensah said in spite of the move by the Department to regularize the operating of orphanages, many well-meaning public figures continue to organize fanfares to donate to orphanages out of the usually misplaced notion that 'this is in the interest of the Ghanaian child.'

He, therefore, appealed to public to channel their donations to the Department to help strengthen to enable it carry out its operations. He also appealed to the Ministry of Finance and Economic Planning to have a second look at the finances of the Department.

Instructively, UNICEF and global partners define an orphan as a child who has lost one or both parents. By this definition there were over 132 million orphans in sub-Saharan Africa, Asia, Latin America and the Caribbean in 2005.

Out of the more than 132 million children classified as orphans, only 13 million have lost both parents. According to UNICEF, evidence clearly shows that the vast majority of orphans are living with a surviving parent grandparent, or other family member, while 95 per cent of all orphans are over the age of five.