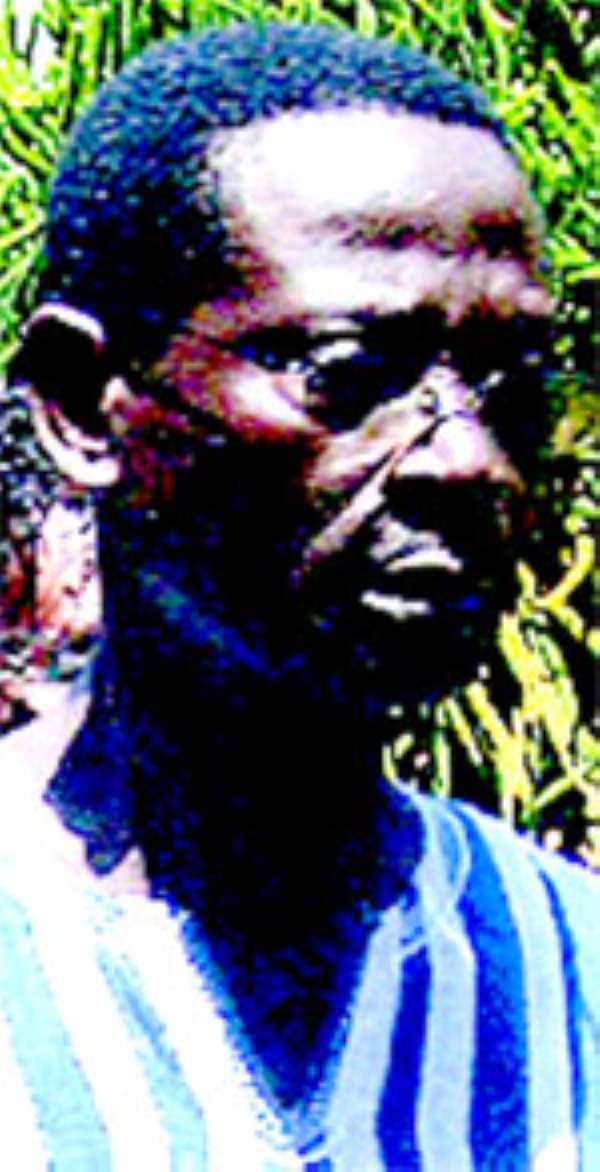 A group, calling itself the Concerned Citizens of the Dormaa East District of the Brong-Ahafo Region, has appealed to the government to set up an independent Committee of Enquiry into the alleged award of contracts for the removal of refuse dump by the District Chief Executive (DCE), Isaac Kofi Kyeremeh, without due process.

The group, led by its spokesperson, Kofi Ansu Gyeabour, and Antwi Agyei, an ex-Assembly Member for Wamanafo, has also asked the government to instruct the Economic and Organised Crime Office (EOCO) to come out with its findings, after the NDC Constituency Chairman for Dormaa East, Nicholas Kwabena Kyeremeh, petitioned the EOCO on April 6, 2010, on the issue.

In an interview with The Chronicle at Wamfie recently, the group said the amount (GH¢230,000) involved in the evacuation of the refuse dump was huge and beyond the limit of the assembly, and that it should have been awarded by the Regional Tender Board.

The Chronicle has intercepted a copy of the petition sent by the Constituency Chairman, Nicholas Kwabena Kyeremeh, under the heading, 'Award of Contract for the removal of Refuse Dump by the DCE, Dormaa East, without Due Process.'

The Constituency Chairman alleged that during one of their constituency meetings, he advised the DCE to be careful by following the Public Procurement Act in the awards of contracts, but he allegedly replied that he had already awarded the contract worth GH¢230,000, without tender.

At a subsequent meeting with the DCE at Asuotiano, he (Kyeremeh) advised the DCE to go back to the drawing board, by following the Public Procurement Act, but instead of adhering to, or following the procurement Act, the DCE called a meeting of the Executive Committee of the District Assembly, and told them that he had used part of the amount earmarked for the contract for the purchase of a grader to remove two refuse dumps at Wamfie and Asuotiano costing GH¢120,000, and asked for their forgiveness.

The petition alleged that at a Regional Disciplinary Committee meeting held in Sunyani, the DCE confirmed that the actual amount was GH¢230,000, which, according to Mr. Nicholas Kyeremeh, meant the DCE lied to the Assembly members regarding the value.

Mr. Kyeremeh disclosed further in the petition that, that particular contract was not budgeted for, because the Assembly's 2009 budget did not include the refuse dump evacuation, and that there was no prior approval from the Ministry of Local Government.

'There was no consultant's evaluation of the project, regarding how much it would cost to form the basis of the award, and if there was, the consultant should be arrested for over-valuing the contract, regarding his bills of quantities,' the Constituency Chairman stated.

The contract was not advertised in the dailies, and considering the value of the contract, it should have been advertised, since it was beyond the assembly, and the DCE had no excuse to plead ignorance of the law, because he has a Coordinating Director, and is also lucky to have a Constituency Chairman who retired as a director in the Civil Service, and was a former NDC Member of Parliament for Dormaa East, from 1997 to 2000.

Mr. Nicholas Kyeremeh stressed that the DCE simply refused to seek advice from him, because of his pre-conceived mindset, and as a concerned NDC member, he (Nicholas Kyeremeh) was worried about corruption of such magnitude, when the NDC at that time had not been in power for one year.

He stated again that on September 17, 2009, he wrote to the Regional Minister, Kwadwo Nyamekye Marfo, hoping that he would investigate and stop the project, so that the money could be used for the benefit of the people in the district.

'The Regional Minister did not even acknowledge receipt of the letter,' he stated, adding, 'I therefore, decided to write to His Excellency the President, with copies to the Hon. Minister for Local Government, the NDC National Chairman, and the Regional Chairman.'

According to the Constituency Chairman, after the letter, the Regional Disciplinary Committee of the NDC, which included Mr. Anane Agyei and one other member, met him and the DCE, during which the DCE again, confessed that he had indeed awarded the contract worth GH¢230,000 without tender.

After that meeting, the Regional Executives of the NDC again, met the two at the Residency in Sunyani to discuss the issue, during which Mr. Nicholas Kyeremeh told them that it was criminal for the DCE to award such a contract without tender, adding that if not so, the NDC had no right to prosecute Mr. Asamoah Boateng, who allegedly awarded a contract without tender for ¢860 million (old cedis).

Mr. Nicholas Kyeremeh argued that whatever documents the DCE had submitted were all fictitious, and were an afterthought just to save himself, alleging that they were prepared after the Regional Executive meeting.

The Constituency Chairman indicated that whether there were documents or not, the value of the contract does not exceed GH¢50,000, so the GH¢170,000 or so, should be accounted for, pleading with the EOCO to establish the truth.

The Concerned Citizens of Dormaa East District, in support of what the NDC Constituency Chairman did, has appealed to the Government and the EOCO to expedite investigation on the issue, to save the district which is very young, and to enable it develop rapidly, as expected.

When the DCE, Mr. Isaac Kofi Kyeremeh, was contacted, he refused to comment on the case, directing this reporter to go ahead with the story.

S/R: Man stabs his brother's wife to death; stabs one other,...
46 minutes ago