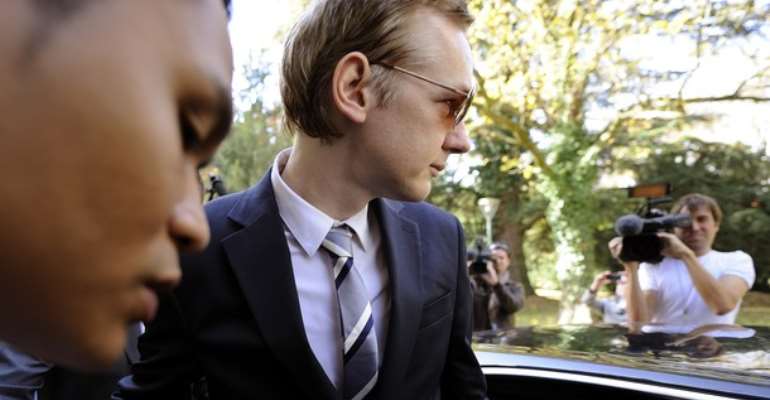 Wikileaks founder Julian Assange has said attempts to extradite him to Sweden over sexual assault allegations are part of a "smear" campaign.

Mr Assange is staying at a house in Bungay, Suffolk, after being freed on bail by the High Court in London while awaiting extradition proceedings.

He said more information would be published by the whistle-blowing website following his release.

Speaking to BBC Newsnight, the 39-year-old Australian said of the case against him: "My feeling is in fact that there's a number of different interests - personal, domestic and international - that are all feeding from this process and encouraging it and pushing it along.

Referring to the Wikileaks website, he said: "Now that I am back to assist the directing of our ship, our work will proceed in a faster manner.

"But as we have seen with my absence, things are well set up to proceed even without my direct involvement."

BBC Newsnight presenter Kirsty Wark asked Mr Assange if he would give his word of honour that he would not try to abscond before the next hearing.

He replied: "We have done everything by the book. We have tried as hard as possible to set up a situation where we can clear my name of these allegations.

"But what we have not seen is the provision of any evidence or material to allow us to do that."

The judge imposed strict bail conditions including wearing an electronic tag, reporting to police every day and observing a curfew.

Mr Assange must also reside at a manor home on the Norfolk-Suffolk border owned by Vaughan Smith, a Wikileaks-supporting journalist and owner of the Frontline Club in London. Mr Assange had spent the previous eight nights in prison.

Mr Assange's solicitor Mark Stephens said after the court appearance that the bail appeal was part of a "continuing vendetta by the Swedes".

Speaking to the BBC after his release, Mr Assange said there was a rumour from his lawyers in the US that there had been an indictment made against him there.

A spokeswoman from the US Department of Justice would only confirm there was "an ongoing investigation into the Wikileaks matter".

Mr Assange has received the backing of a number of high-profile supporters, including human rights campaigners Jemima Khan and Bianca Jagger, and film director Ken Loach.

Sex allegations
Wikileaks has published hundreds of sensitive American diplomatic cables, details of which have appeared in the Guardian in the UK and several other newspapers around the world.

He has been criticised in the US, where former Republican vice-presidential candidate Sarah Palin has said he should be hunted down like the al-Qaeda leadership.

Mr Assange argues the allegations against him are politically motivated and designed to take attention away from the material appearing on Wikileaks.

Mr Assange is accused of having unprotected sex with a woman, identified only as Miss A, when she insisted he use a condom.

He is also accused of having unprotected sex with another woman, Miss W, while she was asleep.

A full extradition hearing should normally take place within 21 days of the arrest. Mr Assange was arrested on 7 December, so this should be by 28 December.

However, in such a high profile case, it is possible that a full extradition hearing will not take place for several months.

At that hearing Mr Assange will be able to challenge the warrant and raise any defences to the extradition request.