A Prison Warden Aided My Escape From Prison - Kombian 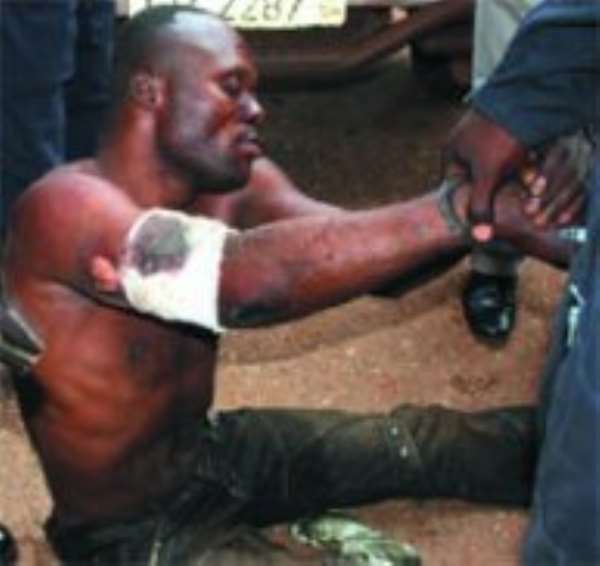 Notorious jail breaker, Johnson Kombian, has told the Police that a Prisons Warden aided and abetted his escape from prison in January this year.

This was revealed at an Accra Circuit Court by the principal state attorney, Anthony Rexford Wiredu, when the fugitive was arraigned before the court on Monday.

Mr. Wiredu told the court after Kombian was extradited to Ghana, he was interrogated at the CID head quarters in Accra where he revealed that his escape from prison was facilitated by a prison warden whom he can identify.

According to Mr. Wiredu, Kombian said he received a new knife and a key to a handcuff from the said warden which enabled him escape from prison.

The Accra Circuit Court 1, presided over by Mr. Eric Kyei Baffour, remanded Kombian into prison custody to reappear before the court on December 8, 2010.

Johnson Kobian, who was serving a jail term for escaping from prison at the Tamale Central Prison, has been charged again for escaping lawful custody.

After carrying out his threat to kill some police officers in October this year, Kombian escaped to Togo where he was finally arrested by Togolese security officials.

Kombian has escaped from jail four times in the past; twice in Ghana and twice in Togo.