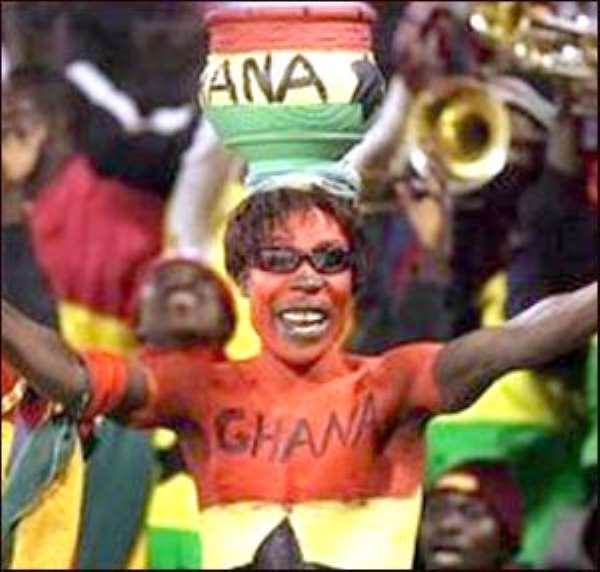 GHANA HAS called for security for its fans at the Africa Cup of Nations in Angola after 'Obuor' the famous soccer fan who usually paints himself in Ghana's colours and carries a pot, was attacked.

Ghana is billed to lock horns with host nation Angola in a fierce quarter final game on Sunday.

A source at the Ghana Football Association (GFA) told DAILY GUIDE SPORTS on phone that Ghana fans in Angola need to be protected from further attacks.

Describing the attack on Obuor which resulted in the break of his pot as very unfortunate, he said, such barbaric acts which tend to give Africa a bad tagging, should be abhorred.