Video game success may be in the mind, study finds 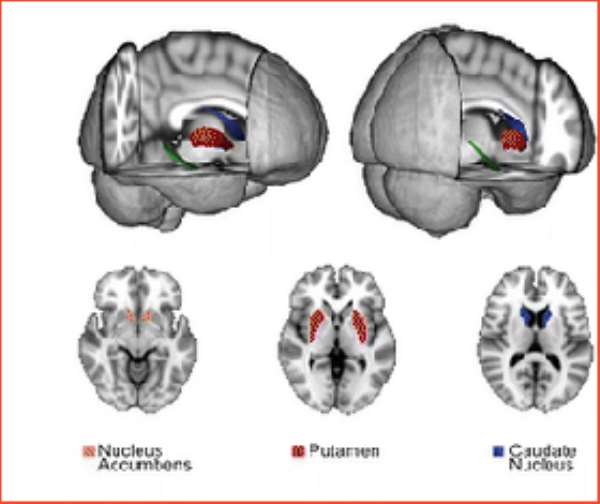 If you find video games a struggle, it could be to do with the size of certain parts of your brain, a study suggests.

US researchers found they could predict how well an amateur player might perform on a game by measuring the volume of key sections of the brain.

Writing in the journal Cerebral Cortex, they suggest their findings could have wider implications for understanding the differences in learning rates.

There is broad acceptance of a link between brain size and intelligence.

However it remains a complicated picture. Within the animal kingdom some smaller brains appear superior to many larger ones: the monkey's compared with the horse, for instance, or the human and the elephant.

But there are certain parts of the brain which can be disproportionately larger, and this may explain some differences in cognitive ability - between individuals as well as species.

A multi-disciplinary team from the University of Illinois, the University of Pittsburgh and Massachusetts Institute of Technology recruited 39 adults - 10 men, 29 women - who had spent less than three hours each week playing video games in the previous two years.

They then had to play one of two versions of a specially developed game. One required them to focus exclusively on achieving a single goal, the other involved shifting priorities.

Playing power
MRI scans showed participants with a larger nucleus accumbens, which is part of the brain's reward centre, outperformed others in the first few hours, perhaps due to the "sense of achievement and the emotional reward" accompanying achievement in the earliest stages of learning, the team speculated.

But those players who ultimately performed best on the game in which priorities changed had larger sections deep in the centre of the brain, known as the caudate and putamen.

"This makes sense, because these areas have been linked to learning procedures and new skills, as well as adapting to changing environments. These people could do a number of things at once.

Think of it like driving a car, as well as looking at the road, you're tampering with your GPS, and talking to your passengers," says Prof Arthur Kramer of the University of Illinois.

"The great thing about using a video game rather than methodical cognitive tests is that it brings us a step closer to the real world and the challenges people face."

In total, the team calculated that nearly a quarter of the difference in performance could be predicted by measuring the volume of the brain.

Keep trying
The findings should not however be used to support a determinist view of the world in which everyone simply had to accept the brain they were born with, nor as paving the way for a brave new world in which people's brains were regularly measured to predict their ability, Prof Kramer said.

"It has been shown that some parts of the brain are fairly plastic - they can change and develop. The more we learn about these structures and function the more we can understand the circuits that promote memory and learning.

That can have educational benefits but also implications for an ageing population where dementia is an issue."

Timothy Bates, a professor of psychology at the University of Edinburgh, said the study's findings fitted with increasingly prevailing views about brain size and cognitive ability.

"But that's no excuse for saying I'm not going to bother doing my homework. The person born with the large brain can easily be outstripped by someone with a smaller brain.

No matter what your brain size is, it's what you do with it that counts. Just remember the hare and the tortoise."