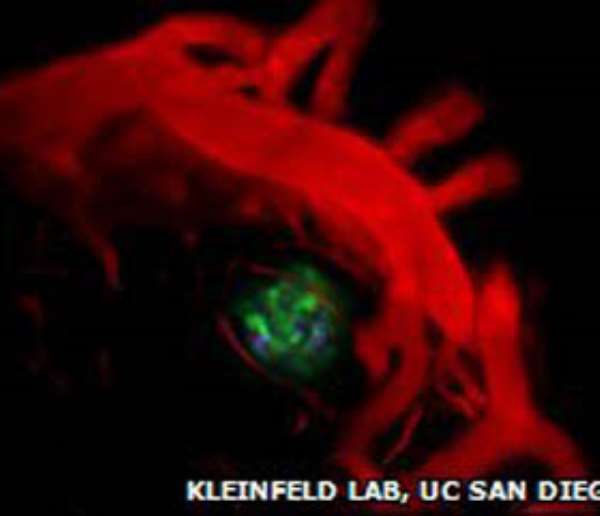 Scientists have developed biological cells that can give insight into the chemistry of the brain.

The cells, which change colour when exposed to specific chemicals, have been used to show how a class of schizophrenia drug works.

The researchers hope they will also help shed light on how many other drugs work on the brain.

The study, by the University of California - San Diego, is published in Nature Neuroscience.

Schizophrenia is most commonly associated with symptoms such as delusions and hallucinations.

But people with the illness also struggle to sustain attention or recall information.

A class of drugs called atypical neuroleptics has become commonly prescribed, in part because they seem to improve these problems.

However, the way they altered brain chemistry was uncertain.

It was known that the drugs trigger the release of a large amount of a chemical called acetylcholine, which enables brain cells to communicate with each other.

However, the drugs have also been shown to hobble a receptor on the surface of the receiving cell, which would effectively block the message.

The San Diego team designed biological cells - called CNiFERs - which changed colour when acetylcholine latched onto this particular class of receptors - an event scientists have not previously been able to detect in a living brain.

They implanted the cells into rat brains, then stimulated a deeper part of the brain in a way known to release acetylcholine nearby.

In response, CNiFERs changed colour - proving that they were working.

They then gave the rats one of two atypical neuroleptics. In both cases the drug severely depressed the response from the CNiFERs.

This suggested that the drugs' receptor-blocking action over-rides the increase they trigger in acetylcholine.

Researcher Professor David Kleinfeld said the new cells had great potential to reveal the mysteries of chemical action in the brain.

He said: "It's a world of signalling between cells that we were blind to before."

The researchers say they are already working to redesign CNiFERS so they can detect the activity of other types of receptors as well.

"It is eliciting new information that could lead to the development of more effective drug treatments for schizophrenia, which have fewer of the debilitating side-effects associated with even the most modern atypical medicines.

"That in itself would benefit millions of people around the world.

"But the research also offers a new technique for understanding the workings of the brain that could also be developed for use across broad areas of medicine.

"We really do need to recognise that mental health research is starved of funds compared to other areas of medicine and recognise also that much of it takes place at the frontiers of our understanding which means that results from it could have far-reaching applications."