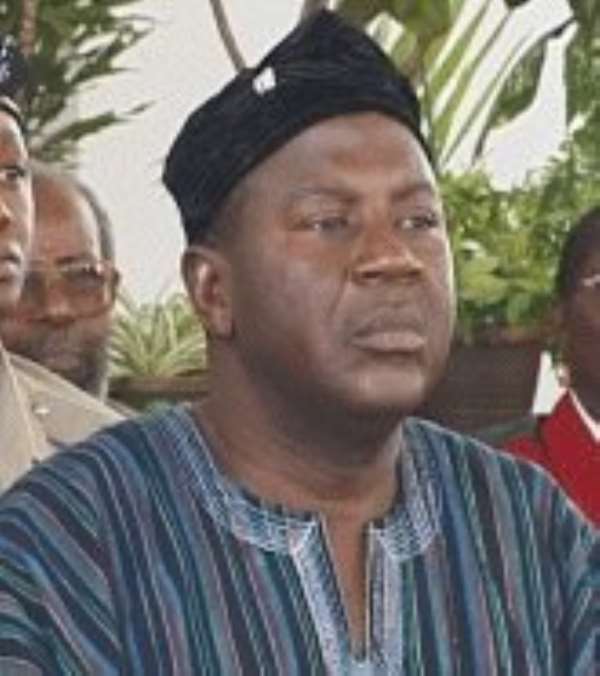 The Vice President, Alhaji Aliu Mahama, on Saturday assured Ghanaians that the government would fulfil its campaign promises since it gained power through the will of the people. He, however, appealed to them to be patient since it had to spend time rectifying "the harsh economic conditions" inherited before achieving the desired growth.

Alhaji Mahama was addressing a rally at Koforidua to mark the 10th anniversary of the New Patriotic Party (NPP), attended by hundreds of the party's supporters who defied a downpour and went on a procession through the principal streets brass band music ending at the Jackson's Park.

Vice President Mahama announced that the Koforidua Water Supply and five other projects in the region would be tackled this year, while the Bamboi-Wa trunk road was to be awarded on contract.

Alhaji Mahama expressed concern about "misuse" of freedom of the media promoted by the government, with the removal of the criminal libel law saying, "some people tell lies about us and condemn us before we are judged," adding that, "we are not a weak government".

He said members of the government did not assume office to steal public funds, "we had our Benzes and BMWs and houses before we came to power to serve and be judged by you".

Alhaji Mahama assured the youth that the government would create job opportunities for them. He explained that since the world was a global village, there was the need for the President to travel to meet other leaders to discuss common issues and said Ghana was now enjoying goodwill among the international community.

The Senior Minister and Chairman of the Economic Management Team, Mr J.H. Mensah, said in spite of the fact that the government embraced the HPIC

Initiative, it was obtaining the one billion dollar loan from the International Finance Consortium (IFC) "to the surprise of our opponents because they thought we could not achieved that".

He said the NPP sought power to develop the country after working hard to compel the PNDC to concede to return the country to democratic rule. "It used ghost names in the voters' register to rig the 1992 and 1996 elections till we won in 2000," Mr Mensah said.

The Minister of Food and Agriculture, Major Courage Quashigah (rtd), said the government supported Afife Rice Growers to increase the area under cultivation from about 25 to 400 hectares last year, to become a leading rice producing area in the country.

He said the government had to clear a "backlog" of three instalments for the Keta Sea Defence Wall project to go ahead as planned to make the area a tourism site. The Minister of Works and Housing, Mr Yaw Barimah, accused the NDC of making a false campaign promise that it was going to solve the Koforidua water problem "when it had not got the money".

The National Chairman, Mr Haruna Esseku, commended the people for voting the party into power after losing two consecutive times to the NDC "through stolen verdicts". He urged supporters of the party to work hard and to be loyal and committed "so that we can retain power for 50 years".

Forestry, Professor Kassim Kassanga were, among members of the government and party functionaries who addressed the rally.