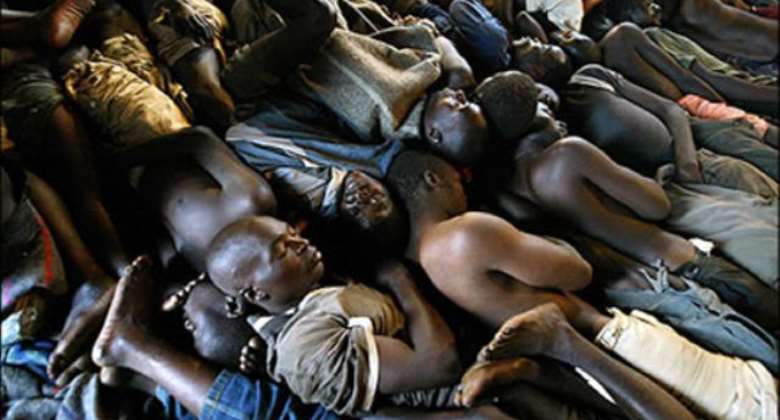 
The rate of congestion in Ghana's prisons worsened last year due to the increasing prison population, according to the 2008 annual report of the Ghana Prisons Service (GPS).

The report cited a high incidence of re-offending among ex-convicts as a contributory factor to the increasing prisoner population. Of the 9,377 convicted prisoners admitted in 2008, a total of 1,806 of them, representing 19.3 per cent, had been previously convicted.

The youthful nature of the prison population is highlighted in the report in relation to overcrowding with an emphasis on the need to expand facilities for more effective education and training of the inmates to make them productive.

A total of 131 people were convicted for murder and 11 imprisoned for manslaughter. Rape convicts numbered 79 with defilement recording 445 convicts.

Sixteen prisoners who escaped from custody were re-arrested and sentenced, while 45 people who could not settle their debts were also jailed and 42 persons convicted for dishonestly receiving.

According to the report; only one person was convicted in the Upper West Region for contempt of court, while nobody was convicted for child stealing.

Other offences were 1,600.
Given the youthful age (18-45) of the majority of prisoners, the report called for "a greater, level of commitment to the effective reintegration of ex-convicts into society", and indicated that projects had been "hampered by lack of funding".

The Director-General of Prisons, William Kwadwo Asiedu, was quoted as mentioning "dwindling budgetary allocation; increasing prison population, lack of decent anti adequate staff accommodation and the passiveness of society to the welfare of prisoners and its resentment towards ex-convicts" as the key challenges confronting the Prisons Service.