Oguaa Caught In The Frenzy 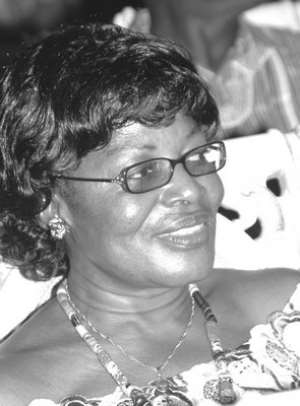 Five days to the visit of U.S President Barack Obama, Cape Coast, the only place besides Accra on his itinerary, is in a state of frenzy, preparing feverishly for his arrival.

“We cannot wait to see Obama,” is the chorus on evertbody’s lips.

Many people have described the visit as the best thing that could happen to the ancient city with its great prospects of creating employment for the youth.

The visit on Saturday, though only for a few hours, has given the town some vibrancy with many activities, including renovation of strategic buildings like the slave castle and the Omanhen’s palace.

Benjamin Arthur, a resident, asked the authorities to use the occasion to market Cape Coast and the Central Region in general to promote investments.

He said the region was endowed with rich resources in tourism, agriculture, mining and fishing which could be harnessed.

“We cannot continue to be among the poorest regions in the country when we have all these resources,” he said.

A fisherman, Ekow Aikins, said even though the visit would put the town on the world map, what the people need is employment.

He said the Pan African Historical Theatre Festival (PANAFEST) instituted to promote tourism has completely failed to live up to its expectation.

Mavis Koomson, a trader, complained about the low patronage of souvenier, including ‘T’ shirts and cloths, and blamed the situation on the harsh economic conditions on the country.

She expressed the hope that patronage would pick-up prior to the visit.

Billboards and banners of President Obama and his host President John Evans Atta Mills have been mounted at vantage points along some streets in Cape Coast in the run-up to the visit on Saturday.

Cape Coast and Elimina in the Central Region share the pain of being the last point of the local slave route, out of whose castles all the slaves were shipped out.

Meanwhile, the Atta Mills Foundation, a pro-democracy non-governmental organisation, on Saturday held a cultural jamboree at the Centre for National Culture (CNC) in Kumasi in honour of President Obama.

The event was on the theme: ‘Strengthening democracy in Africa – The role of African culture’.

The jamboree saw varied displays of cultural activities by different cultural troupes while prayers were said for the visiting President, the nation and her development.

Speaking at the function, Togbui Mawufeame Fugah, life patron of the foundation, said it behoves Ghanaians to see the visit of President Obama as a blessing to the nation since it was the first by the African-American President to sub-Sahara Africa.

He stressed the need for the nation to take advantage of the visit to partner the US to brainstorm on developing all sectors of the economy for sustainable socio-economic development of Ghana.

He said the foundation was committed to complementing government efforts in strengthening the nation’s democracy through workshops, talk-shows and outreach programmes.

Mr. Kofi Opoku Manu, the Ashanti Regional Minister, who chaired the occasion, commended the foundation for its initiative as a pre-welcome activity for the visiting President, and hope the event would create the necessary awareness among Ghanaians.

He said government had planned well to ensure that the President Obama’s visit served the nation’s interest to help Ghana achieve its development goals.