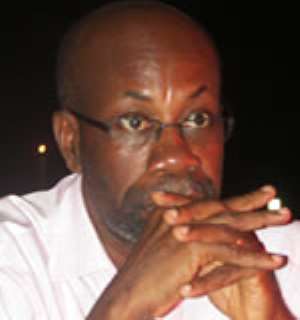 The Chief Executive Officer of the National Petroleum Authority (NPA), John Attafuah, has been removed from office.

He is to proceed on his accumulated leave beginning April 17, while Joy News sources say a banker, Alex Mould who previously worked with the Standard Chartered Bank as Executive Director has been named as his possible replacement.

Attafuah has been at the helm of the NPA since 2005, and he confirmed to Joy News his receipt of a letter from the Energy Ministry asking him to proceed on leave.

The letter conveyed the government's gratitude to him for his service.

Attafuah urged industry players to cooperate with his successor to put the industry on an even keel.

He said the energy industry is gradually becoming the hub of the nation's economic activities and in the next few years as the various oil finds in the country come on-stream, “it is important that all the major players get their acts together and act in unison so that we derive the maximum benefits.

Attafuah is credited with the current deregulation regime in the petroleum sector where local fuel prices are determined relative to prevailing global market prices.