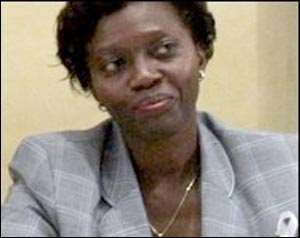 Martha Karua Kenya's Justice Minister Martha Karua has resigned from the coalition government, saying that her reform agenda was being undermined.

She said judges were being appointed without her knowledge and her position as minister had become untenable.

Mrs Karua was a key ally of President Mwai Kibaki and was his negotiator for the power-sharing deal to end the bloodshed after disputed polls in 2007.

Correspondents say it is the latest sign of tensions in the coalition.

Over the weekend, Raila Odinga - the Orange Democratic Movement leader who became prime minister in the power-sharing deal - walked out of talks aimed at healing rifts.

He accused his coalition partners of attempting to change the agenda.

The BBC's Noel Mwakugu in the capital, Nairobi, says in recent months Mrs Karua has been voicing her frustration at the government's attitude to reform.

The coalition has been criticised for its lack of progress over the last year and its failure to address corruption.

"I realised I cannot institute reforms in my ministry as justice minister because I am being undermined," AFP news agency quotes her as saying.

"Judges are being appointed without my knowledge and a lot more."