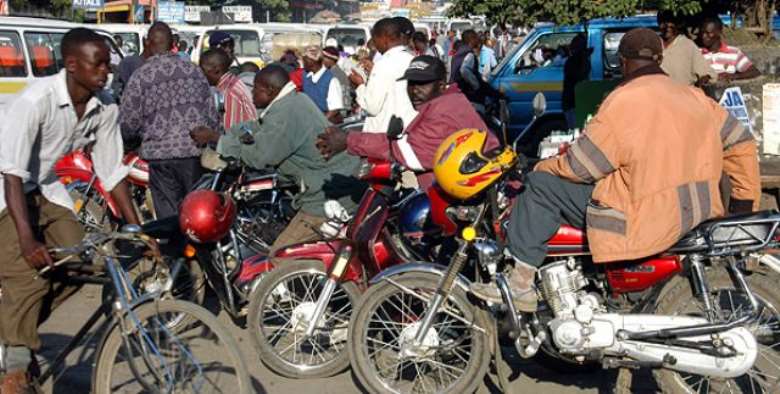 The Minister of Transport, Mike Hamah, has advised those operating motor bicycle taxi popularly called okada, to desist from the practice as it poses a major danger and threat to the passengers they carry and other road users.

He gave the advice when he visited 'okada' centers in Accra for first-hand information on the operation of such business.

Owing to the increase in vehicular traffic in some parts of Accra, some youths have adopted the use of motor bicycles as taxis, as they are able to meander their way through the vehicles.

Mr. Hamah said the operation of the 'okada' had come to the notice of the ministry and he deemed it necessary to go directly to them to let them know the implications of their activities.

He advised the operators to desist from such practice and explained the dangers involved in using their motor bicycles to carry passengers, most often without crash helmet.

The minister said government was putting measures in place to check and stop any activity on the roads that could cause accidents or inconvenience to other people.

He said that some of the accidents that occurred on the roads could be prevented if some of the drivers adhered to advice and observed road signs and other rules and regulations.

Mr. Hamah directed the National Road Safety Commission (NRSC) to arrange a meeting with the leadership of the 'okada' operators to se how they could engage in alternative ventures other than what they were doing.

Mr. Noble Appiah, Executive Director of the NRSC, said it was unfortunate that some people had resorted to using motor bicycles for commercial purposes without considering the risk associated with such a venture, stressing that it was against the law.

He said the NRSC would sensitize the operators, as well as those who patronize their services, on the high risk involved and put some mechanisms in place to stop the 'okada' activity in the country.

“If they are not stopped now, it will become difficult to stop them later,” he said.

How can you blame NDC for Akufo-Addo’s “away away!” humiliat...
9 minutes ago