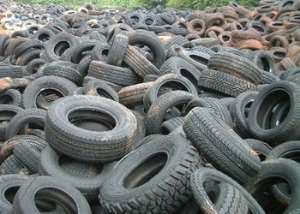 Listen to the Commander of the MTTU, ACP Daniel Avorga

The importation of used car tyres, popularly called second-hand tyres, face an imminent ban as stakeholders in the transport industry meet to take a decision for safety on the roads.

The Motor Transport and Traffic Unit (MTTU) of the Ghana Police Service, the Ministry of Transport, and the Customs, Excise and Preventive Services are currently discussing what to do with the continued importation of the used or inappropriate tyres, said to be a major contributor to road accidents.

The Commander of the MTTU, ACP Daniel Avorga, who confirmed the discussions in a chat with Joy FM, said in many accident cases where tyre bursts preceded the actual accidents, bad tyres were confirmed as the cause.

“All those vehicles that had their tyres blasting before the accident occurred, we had confirmation that the tyres may not have been imported brand new into this country. Some of the Ford buses that are brought in, came with tyres that seem almost new but they are tyres that are designed for winter conditions, so unknown to those who bought them and brought them here, the evidence was overwhelming that it was something beyond the control of any careful driver. Even those that were brought in that were in seemingly good conditions, they are tyres that have been worn out, thrown out onto the garbage dumps in Europe and some people go round collecting them and wash them thoroughly and bring them as home used tyres."

He said times were when the country was in dire need of tyres and everything was welcomed, however the situation has changed and “the economy has reached a stage where the motor industry, companies that bring in spare parts and individuals who bring in spare parts bring in tyres that are reasonably priced and therefore if anybody wants to maintain his portion in the trade, (the industry), he or she would be able to buy a brand new tyre, notwithstanding that some of the prices are a bit on the high side.”

Ghanaian roads have become scenes of carnage as weekly accidents claim several lives, leading to heightened calls for a clamp down on over-speeding and the prosecution of traffic offenders.

The calls for a ban on the importation of the used tyres have however met with a sharp retort from traders, who say answers to the rampant road accidents in the country cannot be put to used tyres.