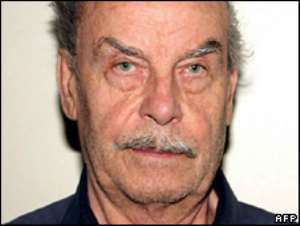 Josef Fritzl, the Austrian man who is accused of keeping his daughter captive in a cellar for 24 years, refuses to answer further questions, police say.

They said he had signed a statement admitting imprisoning and raping his daughter and fathering her seven children, but refuses to explain.

The daughter, Elisabeth, has told police she was sexually abused even before being incarcerated.

The case of the 73-year-old Josef Fritzl has drawn world media attention.

Describing the "abominable events" as linked to one individual case, Austria's Chancellor Alfred Gusenbauer said he planned to launch an image campaign to restore the country's reputation abroad.

Franz Prucher, head of police in Lower Austria, said police would be investigating whether Mr Fritzl had committed any further crimes.

"We have to bring light to every aspect of the suspect's life. It is our duty to investigate the concurrent circumstances that made it possible that such crime, which shocked all of us deeply, could happen," he told a press conference in Amstetten.

Mr Fritzl faces up to 15 years in prison if he is convicted of raping his daughter, among other offences.

Officials are also considering charges of "murder through failure to act" which carries a longer sentence, in connection with the death of one of the seven children he fathered with Elisabeth.

Mr Fritzl has admitted to disposing of the body of the newborn in an incinerator shortly after the birth.

His lawyer, Rudolf Mayer, has told the BBC his client will undergo a series of psychiatric and psychological tests.

He says the tests will be crucial in determining the extent of Mr Fritzl's guilt and his penalty.

"This case certainly requires a thorough psychiatric and psychological examination. We need to establish if he can be considered responsible for his actions," Mr Mayer told BBC News.

Elisabeth and three of the children were held captive in a windowless cellar under the family home.

She was allowed out of the cellar and admitted to hospital in Amstetten.

Police then issued an appeal to Elisabeth Fritzl to contact them about her daughter, and later picked up Mr Fritzl and Elisabeth near the hospital.

Kerstin remains in a coma, and doctors describe her condition as serious but stable.

The other children who were not confined to the cellar lived an apparently normal life with Mr Fritzl as his "grandchildren" in the upper sections of the same house.

Officials said Elisabeth, now 42, and two of the three children who had lived with her in the cellar - the 18- and five-year-old brothers - had an "astonishing" reunion with her other children on Tuesday.

They are now being cared for in a psychiatric clinic in Amstetten-Mauer. Berthold Kepplinger, the director of the clinic, said their psychological state had stabilised:

"The young people can play, they can run around, they have their personal toys, they have everything that they are used to, and a number of our team are looking after them and are caring for them."

UTAG Strike : All 15 branches to continue strike
37 minutes ago