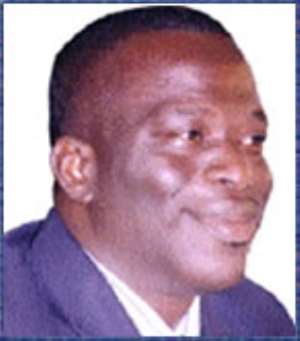 
Delegates of the New Patriotic Party at Sunyani West on Monday, voted overwhelmingly to elect Mr Ignatius Baffour-Awuah, Brong-Ahafo Regional Minister, as the NPP parliamentary candidate in the December election.

Mr Baffour-Awuah polled 110 votes, representing 97.35 per cent, out of the 113 valid votes cast to beat his only contender Dr Joseph Adu-Mensah, a veterinary doctor who had three votes representing 02.65 percent.

Two delegates failed to turn up at the primaries, which was conducted and supervised by officials of the Electoral Commission at Fiapre, near Sunyani.

Prior to the elections, two contestants Mrs Evelyn Adarkwa, an Assemblywoman at Kubiri Electoral Area of the newly created Sunyani West District and Professor Yaw Amoateng an Economics lecturer at a University in South Africa, stepped down and threw their weight behind Mr Baffour-Awuah.

Mr Baffour-Awuah in his acceptance speech thanked the delegates for the confidence reposed in him and promised to work had to capture the seat.

He pledged to handover a vehicle to the constituency and said he would also provide a pick-up each to the various zones towards an intensive electioneering campaign to ensure a total victory.

Dr Adu-Mensah conceded defeat and gave the assurance that he would support Mr Baffour-Awuah to help retain the constituency seat for the party.

Mr E. Kusi, Brong-Ahafo Regional Secretary of the party, appealed to members to ensure unity and a sense of purpose among the rank and file of party in the electioneering campaign.

Mr Kwadwo Adjei-Darko, the incumbent MP had earlier announced he would not contest this year's election after serving two terms in Parliament.