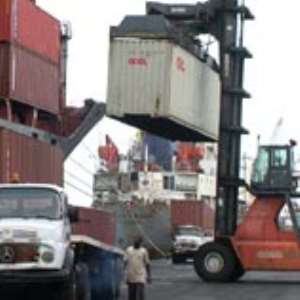 
The Ghana Chamber of Mines on Tuesday proposed the adoption of a single import permit that would allow mining and quarrying companies to import, clear and take delivery of explosives as soon as they arrive at the ports.

This, the Chamber said, would avoid the current situation where explosives were stored together with other less hazardous materials at the ports for several days before they are cleared.

“This is certainly worrying as any mishap such as a fire outbreak could have dire consequences for the whole harbour infrastructure, not to mention the national security implications,” Ms Joyce Aryee, Chief Executive Officer of the Chamber, said at a day's stakeholders' workshop to deliberate on guidelines for the safe transportation of hazardous materials in Ghana.

Currently, companies require an import permit as well as a delivery permit to clear explosives on arrival at the port. But this process increases the delivery time by at least two weeks during which time the explosives lie at the port with all the associated risks.

“We therefore advocate that explosives are expeditiously cleared from the port for safer storage,” she emphasized.

Ms. Aryee also mooted the idea of routing all imports meant for the mining companies and heavy industries, which are mostly located in the Western Region, through the Takoradi port to reduce the exposure of the public to dangers in the largely unregulated transportation and handling of hazardous materials by road.

“The distance from the Takoradi port to these mines is shorter than from Tema, and therefore hauling from Takoradi will reduce the exposure of these materials to the public.

“If the Takoradi port has inadequate infrastructure, we should as a matter of urgency address them. This will also help spread development throughout the country.”

She also called for the consideration of rail transport as a means of hauling imports to ease the potential of hazards and to protect and extend the life of the country's roads.

The workshop will review draft guidelines drawn jointly by the Environmental Protection Agency (EPA) and the Chamber of Mines on the existing policy and legal framework with a view to making recommendations to improve the safe transportation of hazardous materials.

It would also suggest possible modules for a training manual for employees of haulage companies on the safe transportation of such material and identify elements of national emergency preparedness and response programmes.

Mr Jonathan Allotey, Executive Director of the EPA, said between January 2003 and December 2007, seven accidents leading to spillage of chemicals with serious health, environmental and financial considerations were reported to the EPA.

He attributed these accidents to the poor conditions of roads and transporting vehicles and the inadequate safety training for drivers and haulage companies.

Mr Allotey said the EPA, in addressing the problem had, as an initial step, established a licensing scheme for transporters of hazardous chemicals under which such companies were required to obtain licences for their vehicles to ensure the safe passage of these materials across the country.

He tasked participants to make recommendations that would strengthen the implementation of the final guidelines for transporting hazardous materials.