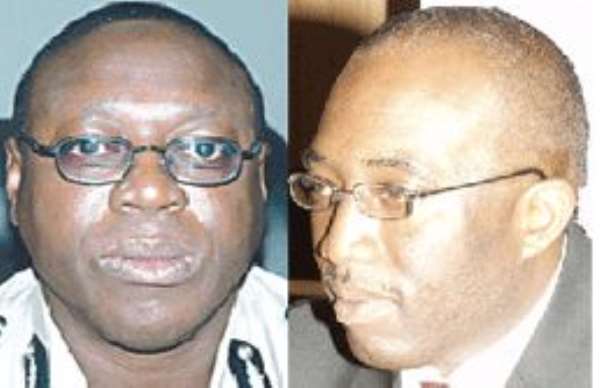 A 26-year-old petty trader who was allegedly subjected to extreme police brutality, leading to severe injuries and permanent incapacitation, has filed a suit against the Inspector-General of Police and the Attorney-General at the High Court.

Emmanuel Nii Odartey was allegedly assaulted with a police truncheon that was thrusted in his lower abdomen several times, subsequently lifted from the floor in handcuffs to a height on a ceiling and left hanging as blood oozed from his ears and nostrils.


Despite the caution in the medical report that “his condition, if not given urgent attention, would worsen disastrously”, the victim appears to have been abandoned to his fate and more than three years after the alleged brutality, his medical condition is said to have deteriorated.


As a result of the beatings, the victim is said to be unable to work and he is in a life-threatening condition and his relatives have launched an appeal for funds through the Daily Graphic to enable him obtain medical treatment at the Korle-Bu Teaching Hospital to save his life.


“We are appealing to individuals and organisations to come to our aid to help save my twin brother's life,” Isaac Nii Odartey told the Daily Graphic.


According to the statement of claim, at 7.00 p.m. on Sunday, March 27, 2005, Emmanuel was in his store at Awutu Bawjiase when a boy entered to buy Tiger Head batteries.


The statement said Emmanuel sold the batteries to the boy for 25Gp and the boy left the store. However, later, Police Constable Francis Tagar, with police number 36430, of the Agona Swedru Police Station went to the store to complain that the batteries the boy brought were not good so he wanted his money back.


“The plaintiff explained that since Tagar, had torn the wrappers on the battery, they could not be resold. However, he said he would test them in his torch and if it was true that the batteries did not work, he would refund the money to him,” the statement said.


It added that before Emmanuel could go for his torch to test the batteries, Tagar held his throat, threatening that if he dared, he would slap him.


It said the plaintiff's brother, Isaac, decided to give the 25Gp to the policeman but Tagar said he would not take the 25Gp but 50Gp because the plaintiff had challenged him and also he had to be compensated for having walked to the store.


As a result of that, the plaintiff's brother gave him 50Gp and Tagar left. The statement said about 15 minutes later, Tagar and one other policeman called Samuel Nketia, with number 36626, of the Bawjiase Police Station, went back to the store in a taxi.


“Immediately they alighted, they held the plaintiff, handcuffed him and started beating, slapping and booting him.

Tagar used a police truncheon and thrusted it severely on the plaintiff's abdomen. Emmanuel's cries and shouts attracted several people, including his elder brother and mother,” the statement said.


It said the two policemen later put the plaintiff into a KIA truck and drove away, beating him on the way to the Bawjiase Police Station.

It added that at the police station, the beating continued and the victim was hanged at a height from the ceiling and blood oozed from his ears and nose.


“The two policemen only stopped beating him when the Inspector at the station, who is a lady, went in and saw the plaintiff's condition and warned them,” the statement said.


According to the statement, in that bad condition, the plaintiff was kept by the two policemen in the cells for three hours.

They left him there and went away, but the Inspector, who was afraid that the plaintiff might die, removed him from the cells and ordered the plaintiff's brother to take him to the Jei-Krodua Clinic for treatment.


“From the clinic, the plaintiff was transferred to the Awutu Bawjiase Government Hospital, from there to the Agona Swedru Hospital and finally the Korle-Bu Teaching Hospital because of the severity of the injuries,” the statement said.