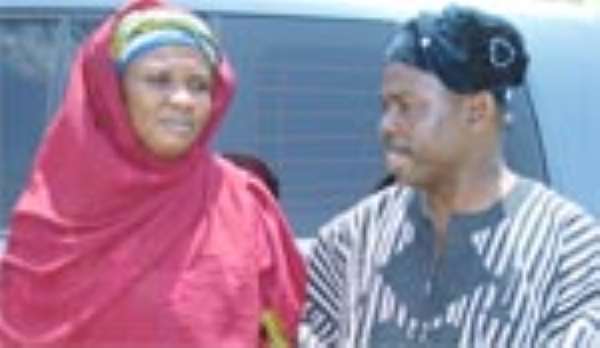 THE STORY of an 18-year-old student of Adisadel College, who allegedly jumped to his death from the fourth floor of a school building, has taken an interesting twist.

Though earlier reports had claimed that the student, Gafaru Abdulrahman Mustapha, was on the fourth floor at the wrong time as per the school's time-table, and jumped to his death to escape punishment, some students of the school, who confided in the deceased's father, have given a different account suggesting that the boy might have been pushed from the fourth floor.

Mr. Abdulrahman Mustapha said that the truth of the case was yet to come out, and that he had communicated the information to the Minister for Education, Professor Dominic Fobih because his late son met his tragic death while in school; thus the onus lay on the school, the Ghana Education Service (GES) and the Ministry of Education, to get to the bottom of the matter.

Mr. Mustapha said though he did not want the issue of his son's death to tarnish the reputation of Adisadel College, the truth must not be hidden and that he had been assured by the Education Minister that a committee would be set up to look into the matter.

“It is true I have given my son to God because I cannot bring him back to life; that is not to say that as a father, I'm not concerned about how my son died; I insist something must have happened at the fourth floor and he did not jump.

“It is the truth we want and nothing more. We are a very peaceful people and as you can see, we have not sued the school; we have not hired a lawyer and we keep calling for peace and calming the issue down, but we want the truth on what happened,” the father noted.

He said the information gathered was that there were two other students with his son on the fourth floor when they were told the Senior House Master was approaching and that they would be punished.

“How come they are telling us that initially, the watchman prevented all three boys from escaping but later allowed one to escape with an explanation that he was going to the toilet and allowed the other one to leave with an excuse that he was going to get something from downstairs and it was left with my son alone and the watchman as the House Master was approaching?

“You mean Gafaru was not ready to leave anymore and could not get away peacefully as his two colleagues had done but at the age of 18, decided to jump and landed on his head? I do not want to point fingers but from what I hear, the boy did not jump,” the deceased's father noted.

In an earlier interview, his mother, Samira had told DAILY GUIDE that school friends of Gafaru had told her that when the boy landed on the ground, they rushed to the spot where he had crashed and later saw the Senior House Master leaving the building; and when they drew his attention to what had happened, he only told them to send the boy to the hospital and hurriedly walked away in an attempt to enter his car.

On Saturday morning, the Adisadel Headmaster, Mr. Herbert Graham, led a high-profile delegation from the school to call on the deceased's parents and relatives at their residence at Nungua GREDA Estates in Accra.

Both the Adisadel delegation and parents of the deceased did not agree with reports that the boy might have jumped because he was a notorious student who might have acted under the influence of marijuana.

They also described as misleading, reports that there were some religious undertones connected to the case.

Mr. Graham described Gafaru as a very calm and respectful student who was also academically brilliant.

He said the school was equally concerned and would want to get to the bottom of the matter, thus had on its own, established a five-member internal committee of enquiry to investigate the matter. Mr Graham noted that the school welcomed the setting up of other committees to also look into the case.

Other family members were not too happy that they had no representation on the investigative committee.

“I have done everything to console my wife but it seems my efforts are fruitless, and I think a little bit of truth would help in calming her down because up to today, she does not believe the boy is dead and she keeps telling me he is in school and would return during vacation”, the deceased's father told the Adisadel Headmaster.

An Islamic funeral for the departed soul would be held on April 27.