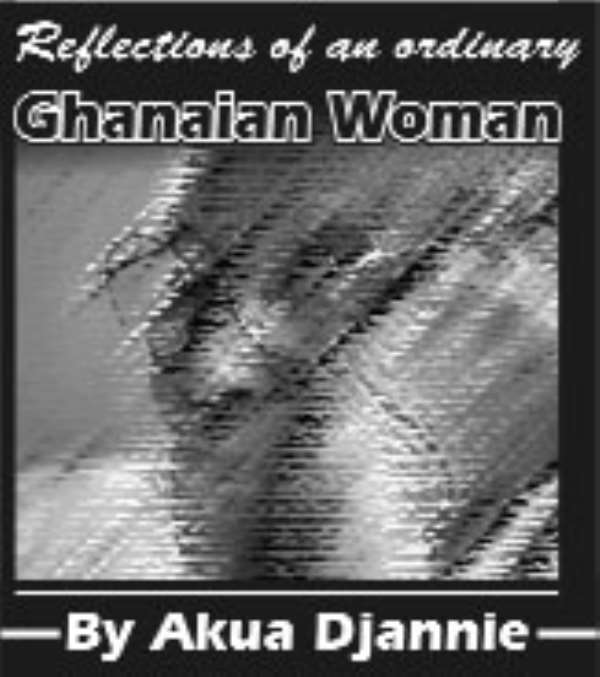 Over the weekend, I received with mixed feelings the news of the accident in which the campaign trail of Presidential aspirant, Alan Kreyemanten was involved. Whilst on the one hand, I felt sympathetic to the injured individuals, on the other hand, I felt this was an accident that was bound to happen, not necessarily to Mr. Kyeremanten's entourage, but to anyone of our political leaders.

O dear, I haven't finished, indeed I hadn't even started this piece when the news came that His Excellency, the President of Ghana, John Agyekum Kufour was also involved in a car accident. I heard and saw on TV with my own ears and eyes his reassurance to us that he was okay because his car was “good” and “strong”. Now that I know our President is alive and well, there are one or two issues I would like to reflect on. One is the way our leaders and their entourages drive on our roads.

With all due respect to our President, Parliamentarians, Ministers etc., the way their entourages use our roads is not good. I mean is it really necessary to drive so recklessly? The policemen on motorbikes, leading the entourages are normally the worst. They zigzag on both sides of the road, using one hand to ride and the other to wave other users off the road. Apparently, no one is allowed to be on the road whilst our Politicians are using it. It doesn't even make sense the way we are expected to clear even the opposite side of the road. I'll give you an example. Despite the fact that I was Cape Coast bound and the political entourage was Accra bound, despite the fact that apart from my car, there was only one other car, also going in my direction, despite these two facts, I was nearly involved in an accident when a policeman on a motorbike, leading (apparently) the President's entourage rode directly into me, forcing me off the road. Seriously, I had never had to veer off the road so quickly and sharply. I tell you, it was a miracle my car didn't summersault and that I'm still here, sharing my reflections with you. To this day, every time I think about that near fatal day, my heart starts racing and sweat just pours out of my body.

Many people I've spoken to are also worried about the way our leader's entourages drive on our roads. Nobody seems to understand the need for such reckless and erratic driving, especially by people who are supposed to be setting a positive example. Granted, our leaders are busy and often have to dash from one appointment to the other. But can't this be done in a more orderly manner? Isn't it possible for a political entourage to drive through the traffic without aggressively forcing other people off the road? Or without driving at the fast speed in which they do? Look, we all know how terrible the traffic situation is in Accra and if that is the reason for such driving, then surely our leaders are failing us? Instead of dangerously cutting through the traffic, they should find practical solutions such as the use of trams, trains and proper buses. Come on! These people have “been to”.

They know all about the alternative forms of transport. Instead of always begging for aid from “developed” countries, our leaders should rather study practical and workable institutions such as how the public transport system is effectively managed. Back in the UK for instance, almost everybody uses one form of public transport or another, on a daily basis. And there are a number of reasons for this which we can emulate. For example, not all public transport is government run. Some are run by private companies who compete for customers, thus they are forced to constantly be on their toes, so to speak

The transport system is well organized. For example commuters know before hand which bus is leaving which station at what time. Or which train is going to which destination from which station. They know the exact time their bus, train, tram etc will arrive at their destination. They know how to connect from one vehicle or mode of transport to the other and at which point. Information is readily available thus commuters are able to plan their journey in advance.

Transport is made affordable through schemes such as buying a monthly pass. In the UK for example students, pensioners single parents and nuclear families are given discounts on their travel passes.

Most modes of transport are safe, clean and provide an all round service. For example, say a commuter is taking a train from London to Liverpool, that commuter has a choice of whether to pay extra for the comfort of a first class cabin or economize and sit in a coach. For overnight journeys, cabins with beds are available as are refreshments and clean toilet facilities.

I could go on and on about the public road system in other “developed” countries, but I think you get the picture.

Besides I don't think that is the true reason for the driving of our Political entourages. There's that feeling of importance also. Like I said in the past, we have given far too much power to our Politicians and turned them into demi-Gods. So now, they feel they are way too important to use the road like any other citizen. As for dashing from meeting to meeting, the fact that we are all on the road means we too are going somewhere, so rather than be a danger on our roads, our leaders should also learn to be disciplined and give themselves enough time to safely arrive at their destination.

Even in countries such as the USA and UK where there is a history and a genuine threat of assassinations, I've never seen or heard of such irresponsible driving by a Political entourage. Come on!, granted, not everyone likes those in power, but I don't think the Ghanaian or African political supporter is so crazy as to stand on a high-rise somewhere and attempt to assassinate any of our leaders as they drive. You never know though, but I seriously doubt it. Even if there was a threat from what I heard of the President's accident, his security agents would not be on hand to help him! You see, they are so busy rushing ahead shoving people off the road that they tend to leave the person they are meant to protect way behind. Umm…I bet Mr. President feels really secure now.

Like everyone else, I'm relieved our President, Alan Kyeremanten's and all those involved in other related accidents are alive and kicking. But rather than focusing on this fact, we should use this opportunity to politely ask our leaders to end the irresponsible driving on our roads. As our President said he is “okay because I have a good and strong car”. But how many of us drive good strong cars? How many? The average driver drives a faculty car which has been dumped onto us from Europe. I'm one of these people who believe everything happens for a reason. I strongly believe the reason these accidents happened was to afford us the opportunity to take practical steps and implement solutions towards the traffic situation, address the issue of irresponsible driving, especially by those we look up to to lead us, and banning the importation of cars which are no longer in good conditions for European roads

But hey, these are just the reflections of an ordinary Ghanaian woman...