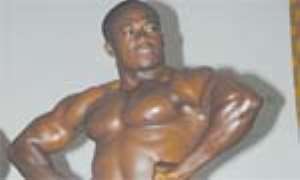 The Ghana Bodybuilders and Fitness Association (GBBFA) has concluded its selection process for the impending National Bodybuilding Championship dubbed, "The Battle of the Gladiators".

Over the weekend, 12 more bodybuilders joined the trail for the competition, slated for November 23 at the Osu Presbyterian Hall in Accra.

They were drawn from the Northern sector of the country after the association had organised its qualifiers at Abusua Restaurant in Kumasi.

Information gathered from the secretariat of the GBBFA indicates that the 12 bodybuilders would now join nine other contestants, who have already qualified for the national championship.