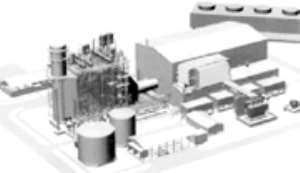 The country' energy crisis has taken a different dimension with more power cuts. No one is sure as to when one will have his or her home or factory lit or cut from power.

Since the country started experiencing the energy crisis in 1983/84, no long-term plans have been put in place to have the problem tackled once and for all.

Energy, as we all know, is a key element in everyday life. We use energy to do work, light our cities and homes, power our vehicles and trains, cook our food, play music and watch television. Energy powers machinery in the factories and tractors on the farm.

There are many forms of energy, but the most popular ones are hydro power and ocean energy, nuclear energy, solar energy, wind energy, as well as fossil fuels — coal, oil and natural gas.

Ghana has over the past years relied heavily on hydro power, without any effort to explore other forms of energy for both domestic and industrial use.

With the current crisis, the government should begin to open the doors to allow the private sector to be part of its solution. The crisis the country is currently going through needs to be tackled once and for all.

In the short-term, the government has put in measures which will only window dress the problem. The importation of less than 100 MW emergency generators to produce energy for national use is not anything to write home about.

Come May 30 to 31, finance ministers will be meeting in Accra to address Africa's energy challenges. Like Ghana, many African countries are confronted with serious deficiencies in energy supply in all forms.

The inefficient management of utilities, corruption, protracted conflict and short-sightedness have deprived most countries of the energy supplies needed to fuel the growth process.

In many cases, the needed investments to rejuvenate the energy sector are beyond the financial capacity of the domestic economy.

Access to regular and reliable energy is a key factor for promoting social progress and economic growth — both of which are closely linked to sustainable poverty reduction.

Energy plays a critical role in underpinning efforts to achieve the Millennium Development Goals (MDGs) and improving the lives of poor people.

Lack of access to adequate, affordable, reliable, safe and environmentally-friendly energy is a severe constraint on development.

The efforts by Cenpower Generation Company Ltd, InfraCo and Reltub Company, a Ghanaian power plant developer, to jointly develop a power project to be located in the municipality of Kpone in the Tema Industrial Zone should, therefore, be applauded and supported by all.

The power plant, which will be owned by Cenpower, will generate between 330-450 MW of electricity through a combined cycle, gas fired power.

According to the project document, the natural gas will be supplied from N-gas of Nigeria through the West African Gas Pipeline.

With financial support from donor countries — the United Kingdom, Sweden, Switzerland, The Netherlands, Austria and the World Bank — the $340 million project is expected to take off by the middle of this year with the acquisition of a piece of land two kilometres away from the West African Gas Pipeline in Tema.

The Chief Executive Officer of Reltub, Mr Sam Nana Brew-Butler told the Daily Graphic, that all the necessary ground work had been completed and expressed the hope that a request for the proposal for the construction of the plant was planned to be issued by the middle of June this year.

54 Nigerians Await Repatriation After Sneaking Into Ghana
2 hours ago

Coronavirus: Some School Staffs Including 55 Students, Test ...
2 hours ago