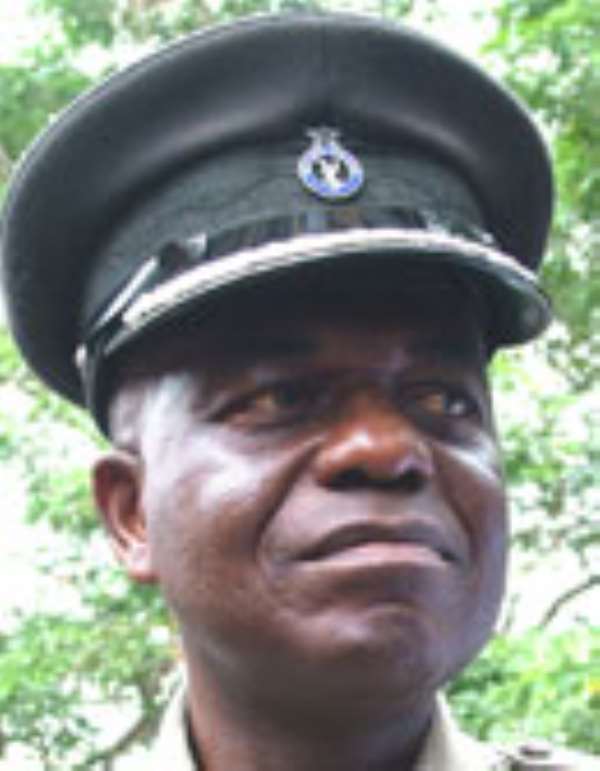 THE ACCRA North-East Divisional Command of the Police Service has organised its annual get-together at the compound of the Madina Senior Secondary School (MASEC).

He said the crime wave in the Greater Accra Region had reduced considerably and congratulated Police personnel in the Region for their hard work.

DCOP Akrofi Asiedu called on the public to volunteer information and to support the Service to clamp down on armed robberies and other violent crimes in the society.

He also appealed to Police personnel to support their Commanders to improve the image of the Police.

Chief Superintendent Elizabeth Allandu said since Madina was a fast developing community the crime rate has been high.

A total of 29 and 9 cases of possession of narcotic drugs, causing harm 129 and 49 and 14 and 11 kidnapping reports respectively made to the Police during the period, she said adding that, cases with sufficient evidence were sent to court for prosecution while the rest were still under investigation.

Chief Superintendent Allandu stated that in all, about 5,833 cases were reported throughout the Division in 2006 with 2,225 cases being sent to court for prosecution.

She thanked the philanthropic organizations that assisted in refurbishing the Divisional Headquarters and praised personnel under her command for their dedication and urged them to work harder this year.

They were given a parcel and a certificate of honour each.
Present at the party were Mrs. Stella Nana Ama Acheampong, wife of the Inspector General of Police (IGP) and President of Police Women Association (POLWA), a retired Commissioner of Police, Mr. Kwesi Nkansah, the Accra North-East Divisional Commander, District Commanders and Crime Officers and traditional rulers. - GNA