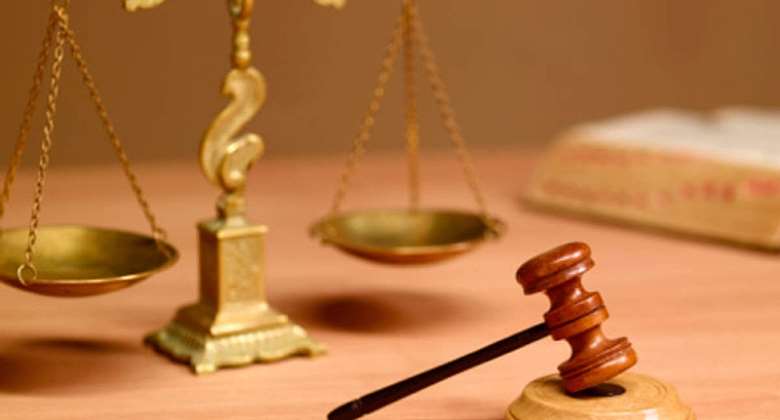 A 48-year-old businessman has been remanded into Police custody by an Accra Circuit Court over an alleged GHC4,037,107.32 worth of gold fraud.

George Essandoh has denied the charge and he will be brought back to the court on Wednesday, February 1, 2023.

Efforts are underway to apprehend them.
Deputy Superintendent of Police (DSP) Evans Kesse told the Court presided over by Mr Kwabena Koduah Obiri Yeboah that Mr Rowland Noble Amedze and Mr Henry E. Paul, the directors of Infosight Global Resources Incorporation, experts in high tech, solid minerals and gemstone businesses, among others, were the complainants.

He said in 2021, Mr Paul met an account user on Facebook who had introduced himself as Apostle Marwort and during their engagement, he told the complainant he was a businessman who worked for Gold Park Mines, dealers of Gold in Ghana.

The prosecution said Marwort also introduced Sarpong,yet to be arrested, as the Chief Executive Officer of Gold Park Mines and Essandoh as the Company’s agent.

The Court heard that Essandoh in his engagement with the complainant demanded and collected USD 696,125 equivalent to GHC4,037,107.32 under the pretext of facilitating the exportation of 250 kg of gold to Thailand.

DSP Kesse said Essandoh after collecting the money failed to deliver the gold to the complainant.

He said the complainant made several efforts to recover his money or get the gold but all failed.

DSP Kesse said a formal complaint was lodged to the Police, which led to the arrest of Essandoh.