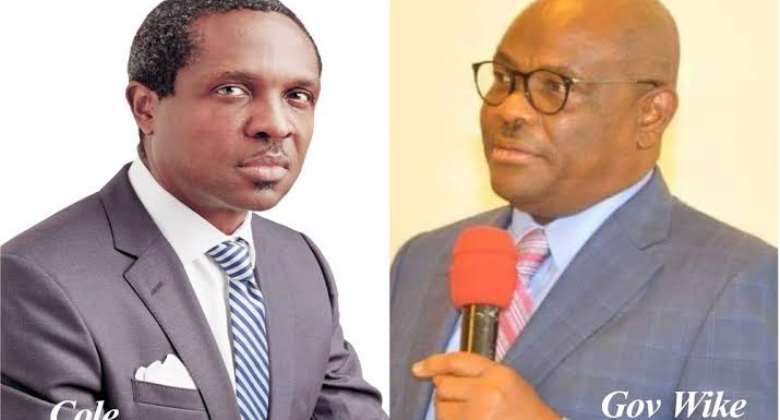 The reign of terror on members of the All Progressives Congress and other political parties in Rivers State by the People’s Democratic Party and their attack dogs seems to have been resumed after the 2015 and 2019 elections where the lives of tens of party faithful were cut short alongside others who lost limbs and have remained permanently incapacitated on no provocative ground but the mere fact that they belonged to the progressives party.

In 2015, a bomb blast at the party’s campaign rally in Okrika Local Government Area killed a police officer and left several party members seriously injured. The attack was devised by members of the PDP in the area and the target was to eliminate Dr. Dakuku Peterside, then APC Governorship Candidate. Bombs were freely thrown at APC offices at the local government areas particularly in Okrika, Obio/Akpor, Onelga etc where the spree led to the total destruction of the secretariats.

During the 2019 elections, Onelga was the worst hit Local government, with reports of assassination of APC members almost on a daily basis. Gov. Wike, the PDP and then Police Commissioner, Mbu Joseph Mbu were all accomplices to this heinous crime. And to this day, the scares of the losses suffered by those who lost family members and loved ones are still fresh. May the souls of the political martyrs of Rivers State continue to find rest.

In what appears to be a resurgence of political killings and a clear repetition of the gory incidents of 2015 and 2019, the party’s campaign ground in Port Harcourt City Local Government came under attack. There was a seeming bomb blast which was later confirmed to be an Improvised Explosive Device (IED). The device was either planted or thrown into the campaign arena, leaving five party members with different degrees of injuries.

The blast was an alternative ploy to frustrate the campaign for that day, after an earlier attempt by the Mayor of Port Harcourt City, Mr. Alwell Ihunda and his predecessor, Victor Ihunwo to disrupt the event was vehemently resisted by dogged party faithful who were already on ground to ward-off miscreants and attack dogs from the Governor and his faction of PDP.

In this circumstance, the police did not help matters. The command’s spokesperson, Mrs. Koko, hurriedly issued a grossly compromised and provocative statement, refuting any attack at the campaign ground and instead, devised a false narrative around the incident without carrying out any investigation.

According to the Police Spokesperson, there was a misunderstanding between two factions laying claim over the leadership of Rumu-Woji Community Council on the sharing formula for the money paid by the APC for the use of the community property for campaign, and the fracas led to a fight which resulted to injuries on some persons. The police's fictitious narrative is in line with the opinion of Gov. Wike about the incident and that clearly shows where the false account emanated from.

The Rumu-Woji Community Council has however issued a statement condemning the police for diverting attention from the fact that there was a bomb blast at the campaign ground and linking them to another incident that never happened anywhere close to the community let alone APC campaign venue, just to cover up the criminal perpetrations of the Gov. Wike’s faction of the PDP.

Reacting to the blast and the police compromised narrative, erstwhile National Publicity Secretary of the defunct New People’s Democratic Party and Chieftain of the All Progressives Congress, Chief Eze Chukwuemeka Eze, accused the police in Rivers State of doing the bidding of the Governor. He noted that such unprofessionalism is contrary to every known standard of policing job and does not conform to the rules of a responsible command.

In a statement made available to media houses in Port Harcourt, the party Chief warned officers and men of the state police command, particularly the State Police Commissioner, Mr. Okon Effiong, who prides himself as a Pastor, to be wary of being inveigled into a situation in which he finds himself becoming a partisan agent of Gov. Wike and his band of wrongdoers, in the pursuit of their selfish, private vendetta, noting that such engagement would definitely erode his achievements and good records built over the years as a responsible police officer and further taint his relationship with God by virtue of his revered status as a Pastor with the Brotherhood of the Cross and Star (Olumba Olumba Obu (O.O.O)).

Eze said the APC is aware of the Governor’s covert overtures to the Police Commissioner to derail him from his professional path and convert him to an extension of his (Governor’s) office from whence to receive orders and prohibitions against his rules of engagement as a police officer, his conscience as a reasonable human and his believe and status as a Christian and Pastor.

The party Chief commended APC faithful in Phalga for standing strong against intimidation and every forces contending with the party’s resolve to recover the state from the claws of bad governance and urged members and supporters across other local government areas to remain steadfast in their common effort to restore the state on the path of progress.

Eze hailed Atiku Abubakar GCON, the PDP Presidential Candidate for condemning the devilish and dastard attack against innocent citizens of Rivers State. This, Eze said, portrays the former Vice President as a true democrat and respecter of Rule of law and an organized, democratic society.

Condemning the destruction of Accord Party Office in Etche Local Government Area and the assassination attempt on the Governorship Candidate of the Party in Rivers State, Chief Dumo Lulu-Briggs, during an on-the-spot assessment of destruction and level of damages done to the office in the area, Eze said security agencies must brace up to the criticality of the time to ensure that lives and properties are protected and citizens are allowed to express their political interest in line with the rule of law and the tenets of democracy without fear and intimidation from any quarters.

He called for a speedy investigation into the matter to unravel the perpetrators of the heinous crime and their sponsors and bring them to justice as the law is always ready to intervene at the slightest manifestation of the satanic ploy of wrongdoers.

Chief Eze hailed the Rumu-Woji Community Council led by its Chairman, Ike Wigodo for coming out to set the records straight against the falsehood paraded by the police.

In a press statement titled “Rumu-Woji Community Dismisses Police Report on APC Rally”, issued January 20, 2023 and signed by the Chairman, Community Council, Ike Wigodo, Eze said the community described the police statement as mischievous, saying they expected the police to have conducted proper investigations into the matter before rushing to issue a statement.

Excerpts from the statement reads, "To set the record straight, Rumuwoji Community Council is not factionalized. We are united under my leadership. Members of the People's Democratic Party (PDP) in the community were the ones who attempted to disrupt the APC rally in the community, even after the APC had secured the use of the community playground to hold its rally.

"I reminded them of our resolution in October last year, when we took a decision that any political party that wants to use the playground should pay the sum of N200,000.00 and since APC had paid, they should allow them to use the space. I insisted that we cannot change our decision at the middle of the game. But some of them were not comfortable because they are PDP members.

“So, it was not a chieftaincy or leadership tussle as claimed by the police. It's purely a political crisis between PDP and APC members in the community.

"Members of the community belong to different political parties including APC and PDP. Of course, they are free to belong to any political party of their choice. No one should intimidate another for exercising this freedom. That's the beauty of democracy.

"Rumuwoji is a peaceful community, therefore, we should not allow politics to tear us apart or bring disunity among us".

The community called on the Police to maintain neutrality in the electoral process as well as protect the electorate before, during and after the election.

Noting that the time has come for the APC to takeover Rivers State and offer good governance, Eze urged the police to insulate itself from Wike and his faction of the People’s Democratic Party and focus on its core objective of maintaining peace and protecting lives and properties of Rivers people which it is called and constitutionally mandated to do.