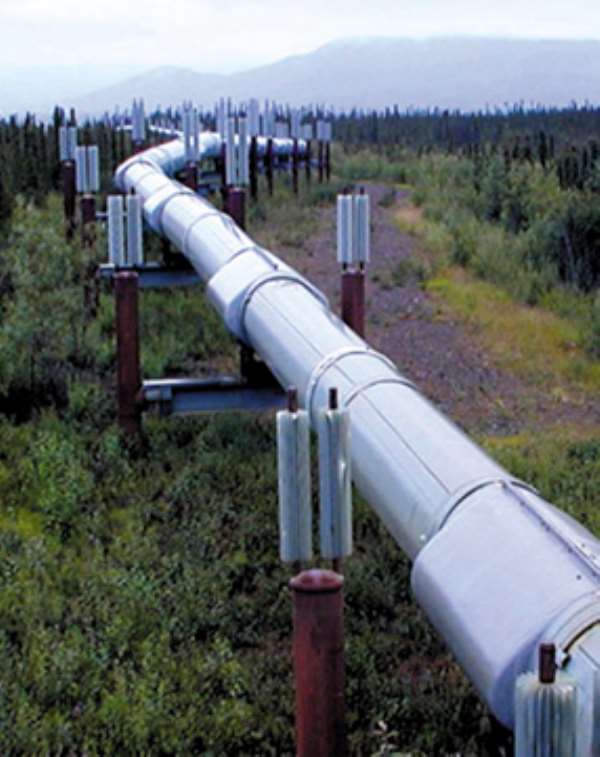 President John Agyekum Kufuor has performed the official ceremony for work to begin on the 32 million-dollar East-West Interconnection Project to end the serious water supply problem in some parts of the Accra-Tema Metropolis.

The project involves the replacement of existing pumps at the Weija intake and Accra Booster Station, expansion of the Weija Treatment Plant to increase production by additional 15 million gallons a day, laying of pipes and installation of chlorination facilities.

The Government is providing 12 million dollars towards its funding with the remaining 20 million dollars contributed by Scancom Limited, operators of the "Areeba" mobile phone service, as part of its social responsibility.

Dutch Contractors, Ballast Nedam Ghana B.V, are undertaking the project, which has been scheduled for completion within 20 months.

President Kufuor said the Government was addressing the water problems faced by residents in the metropolis through a short-to-medium and long-term plan.

Under the short-term measure, mechanised boreholes are being drilled at Dodowa and its surrounding areas and parts of Eastern Accra and this, he said, was about half completed.

The Interconnection Project would address the medium-term needs while in the long-term, the Kpone Water Treatment Plant would be expanded to do additional 40 million gallons daily.

President Kufuor noted that Government's policies over the years had generally tended to emphasise water exploitation for development without paying adequate attention to its conservation and sustainability, creating serious threat to the country's supply of clean and fresh water.

To correct this, the Government has completed the preparation of a National Water Policy to guide the sustainable management of the country's water resources.

He mentioned a number of water projects that had either started or were soon to take off. These include the Tamale, Wa, Koforidua, Cape Coast, Berekum, Sunyani, Kwahu, Assin, Techiman and Mankessim.

The Minister said Ghana was on course to achieve the Millennium Development Goals (MDG) as far as water was concerned.

Mr. Samuel G.O Lamptey, Managing Director of the Ghana Water Company Limited, who praised Scancom for the grant, asked the contractors to ensure that the project was completed on schedule.