Ghana is in its worst sorry state under Akufo-Addo – Mahama 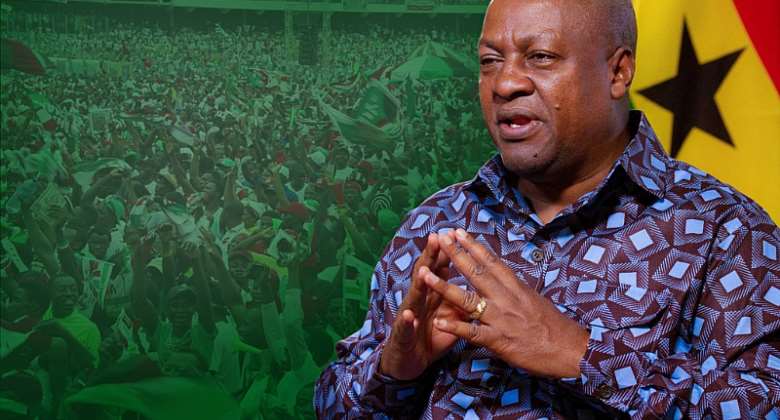 Former President, John Dramani Mahama has slammed government over the worsening economic hardships in the country.

In a post on social media, the leading member of the National Democratic Congress (NDC) says Ghana is now in its worst sorry state under a New Patriotic Party (NPP) government led by President Nana Addo Dankwa Akufo-Addo.

“In the last six years, Ghanaians have witnessed a reckless government that has taken a wrecking ball to our economy, leaving it in a very sorry state, rivalling some of the worst economies in the world,” John Mahama said in a post on Facebook.

The Ghanaian statesman added, “Our dear beloved nation, Ghana, is in a worst state today than at any time in the history of the 4th Republic — high levels of corruption, hardships due to bad economic and financial policies, a hungry and angry people, loss of investments, no credible reforms etc."

He made the latest comments when he remembered some innocent Ghanaians who were shot dead in 2020 general elections.

According to the former President, the next NDC government will seek justice for the families of victims of the violence and ensure they receive compensation.

“I, once again, extend our sympathies to the families of all who lost their lives and to the victims of all forms of violence perpetrated by the insensitive Nana Akufo-Addo administration.

“The NDC has pledged that it will investigate these state-sponsored atrocities and apply sanctions to those found culpable. We will provide appropriate compensation for those who have lost lives and limbs,” Mahama said in his statement on Thursday, December 8.