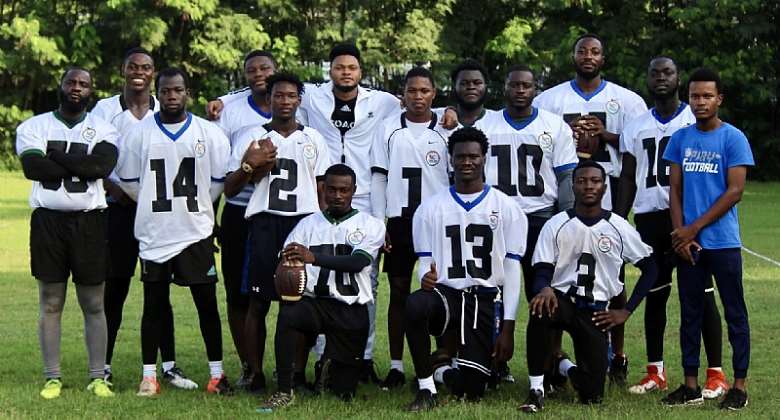 Titans of Africa led by the president of operations, Mohammed Nkosi has introduced American football to pupils of the University of Ghana Basic School in Accra.

The initiative took place at the Mensah Sarbah field and forms part of expanding and promoting the sport across Ghana and Africa.

It is also aimed at securing the futures of African youth through sports and sustaining their participation through growth and development.

The pupils were engaged in various technical aspects of the game, which includes handling, passing, tackling, and possessing as well as rules and regulations governing the sport.

The event which attracted over 500 pupils also saw Titans of Africa and the UG Basic School partner to plant trees to mark the 75th anniversary celebrations of the school.

According to the president of operations Titans of Africa, Mohammed Nkosi stated that the initiative would help to discover and unearth young and talented players across the country.

This, he said, is geared towards the successful hosting of Africa's biggest sports festival in March 2023, where Ghana will field its first flag football team.

The team will be graced by the presence of NFL team player Jeremiah Owusu-Koramoah who is currently a global flag football ambassador and Eli Apple as well as the Memphis Quarterback Ryan Glover.

Ghana is hopeful to host and win. The final National team squad will be announced in the coming days.