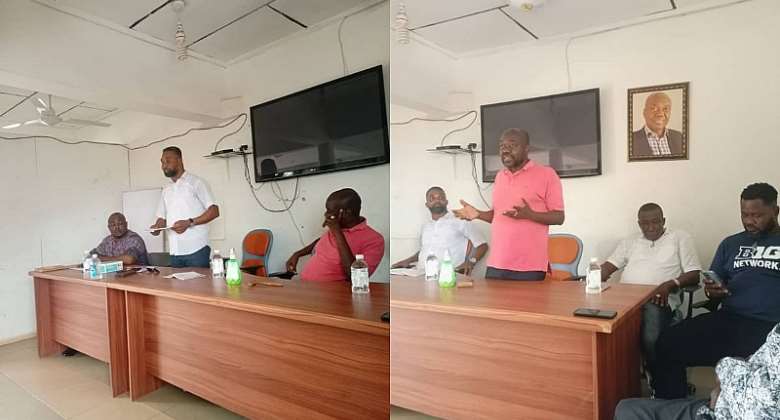 The Western North Regional Executive Committee led the Chairman; Mr Michael Aidoo aka Big Aidoo held their first meeting after the Regional Conference where elections were held a couple of weeks ago.

The elated re-elected Regional Chairman welcomed all the members and also congratulated both the new entrants as well as those retained for coming out victorious in their elections.

He admonished members to cut short the conviviality of their election's victory, reconcile quickly with those who were not successful in the contest and gird their loins to hit the ground running in readiness for victory 2024.

The Regional Chairman also used the occasion to reiterate the need for a greater comradeship, party discipline and hard work. Series of activities were lined up to be carried out in the coming weeks and months and urged members participation fully.

During the meeting, the nominees for the Regional Council of Elders, Disciplinary Committee and co-opted Regional Executive Committee Members were proposed and confirmed in accordance with the party's constitution.

The reconstitution of the various Regional Directorates and committees as outlined by constitution were scheduled for the next meeting right after the National Conference.