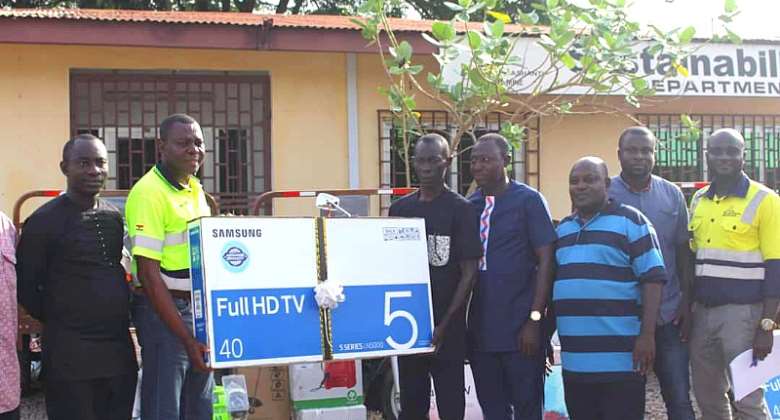 Anglogold Ashanti Ghana, Obuasi Mine has affirmed its commitment to supporting women involved in Agriculture in the Ashanti Region.

The Sustainability Manager of the company, Emmanuel Baidoo said the move is to boost women's interest in agriculture and contribute to local economic development.

At a short ceremony to hand over the items to eight (8) District MOFA directorates in the region, Mr. Baidoo said the gesture is aimed at rewarding deserving farmers for their contributions towards the socio-economic development of their local economies to incentivise them to take up farming.

He added that the support which amounted to GH 375,694.40, forms part of the agricultural development program under the 10- year socio-economic development plan of Anglogold Ashanti which was launched in July, 2022.

Yeboah Asuamah, the Amansie Central District MOFA Director who spoke on behalf of his colleagues lauded AGA for consistently supporting Agricultural in the region.

He said the donations will go a long way to cushion the beneficiary districts during the farmers’ day celebration.

The 38th National farmers’ day will be held on 2nd December, 2022 in the Eastern Region. It is also expected to be held in all the regions and districts across the country.

The theme for the 2022 National farmers’ day is “Accelerating agricultural development through value addition.”