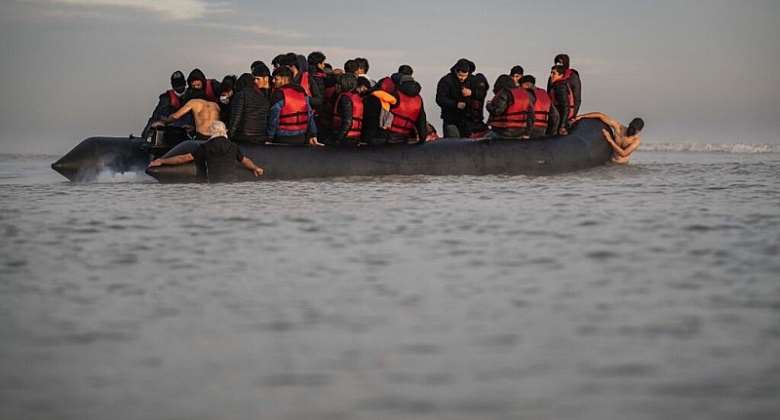 French emergency services have reportedly rescued some 240 migrants heading in small boats across the Channel to the southern coast of England within a 24-hour period this week.

According to a statement from the French Maritime Prefecture of the Channel and the North Sea, the migrants were rescued in five different operations between Monday and Tuesday off Calais on France's northern coast.

Meanwhile, the UK authorities say 426 migrants were detected crossing the Channel on Monday after very few crossed the week earlier during a period of bad weather.

Deaths on the Channel

Earlier this month, Britain and France signed a deal for the British authorities to increase what their French counterparts are paid to prevent the crossings, as ties between Paris and London have improved since the arrival of new Prime Minister Rishi Sunak.

On Tuesday, UK police reportedly arrested a man suspected of playing a "key role" in the deaths of at least 27 people who drowned attempting to cross the Channel in a dinghy last November in the deadliest tragedy of its kind.

Among the 27 – aged seven to 47 – were 16 Iraqi Kurds, four Afghans, three Ethiopians, one Somali, one Egyptian and one Vietnamese migrant.

Attention has however now turned to Albanian nationals, who have been crossing the Channel in unprecedentedly high numbers.