Believe in God, he can change your worst situation in just a minute – Rev. Biney 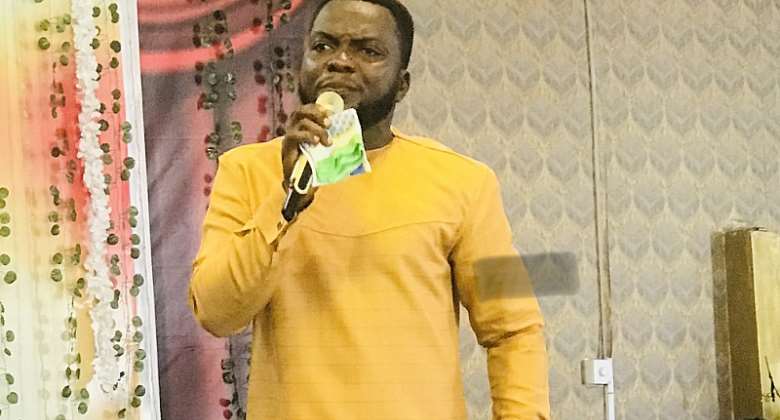 Associate overseer of Accra-based Crystal Grace Chapel International, Reverend Patrick Biney has assured Christians of the powerful things God can do in their lives in trying times.

He stated that God is always capable of redeeming people from troubles that may seem impossible to solve within a twinkle of an eye.

In a sermon dubbed "Seasons of His Workings" on Sunday, November 20, at his temple in Sarpeiman, Accra, the experienced man of God told Christians not to lose faith in God in times of crisis.

"Most times, certain difficult situations meet people, which may seem like the end of the person's life, but God redeems him or her from such a situation if only the person is a true believer," he said.

According to him, God sometimes uses people to redeem a group that may be facing a physical or spiritual problem, citing how Daniel was used to save the Israelites under King Darius of the Babylonian empire.

"Daniel became the point of redemption for his people (the Israelites) at the time when they were captives in a foreign land (Babylon)," he preached.

He reiterated that Christians should not "think your situation will stay forever; it will definitely vanish because God can even use a minute to change your life."

To further explain, Rev. Biney referenced how Job was very wealthy as narrated in the Bible but could lose everything by the test of his faith, indicating that certain situations may be a test by God to know how the faith of his people (Christians') in times of crisis.

Just as Job, on his part, was able to endure the pains he was afflicted with and afterwards gained his blessings in double digits, so did the astute preacher urge his congregants to withstand hardships and avoid blasphemous statements against God in those times.

In a brief statement, he assured that, "All is not lost and all is not over."

Just as the Messiah himself passed through several challenges in life, so did the man of God declare that it may happen to his followers, adding that they have to be ready to accept it when it comes and learn how to endure such storms.

Using the story of how Joseph was sold into captivity by his own brothers but turned out to be a prime minister and the saviour of his family in the time of famine, Rev. Biney said, "Whatever you are going through, God still has His eyes on you and will surely restore you stronger than ever."