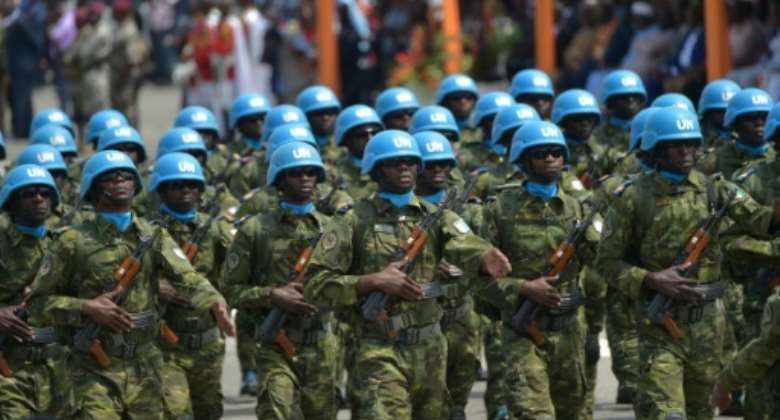 Ivory Coast says it will withdraw from the UN's peacekeeping operations in troubled Mali, a move coinciding with Britain's announcement that it will quit the mission.

A letter to the MINUSMA mission seen by AFP Tuesday said that Ivorian troops would withdraw by August 2023.

It gave no explanation for the pullout, but Ivory Coast and Mali's junta are locked in a months-long dispute over the detention of Ivorian troops at Bamako airport.

"By order of the government of Ivory Coast, the permanent mission confirms the progressive withdrawal of Ivorian military personnel and police deployed with MINUSMA," says the letter sent to the UN Multidimensional Integrated Stabilization Mission in Mali.

Rotations of Ivorian forces scheduled in October and November this year will no longer take place, the letter adds.

The rotations were to apply to a protection unit based in Mopti, to police and to military officers assigned to headquarters duties.

Troops and other personnel deployed in MINUSMA will not be relieved next August as scheduled, it added.

No official reason for the decision was given but tensions between Abidjan and Bamako have soared since 49 Ivorian solders were arrested upon arrival at Mali's airport on July 10 and branded mercenaries.

Three have since been released but the rest have been kept in custody on charges of attempting to harm state security. Abidjan insists the soldiers were sent as backup for MINUSMA.

Several mediation efforts are underway to resolve the crisis, and in early October Ivorian President Alassane Ouattara had said the situation was developing "well."

On Monday, Britain announced Monday it would cut short the deployment of 300 troops with MINUSMA after relations with the junta soured.

Mali's elected president, Ibrahim Boubacar Keita, was toppled in August 2020 by officers angered at the failures to roll back a jihadist insurgency that has claimed thousands of lives and driven hundreds of thousands from their homes.

The following year, the military forced out an interim civilian government and started to weave closer ties with the Kremlin, acquiring Russian warplanes and helicopters and bringing in personnel described by the West as Wagner mercenaries.

France pulled out the last of its forces out of the country in August, ending a more-than nine-year commitment in the fight against the jihadists.

"This government cannot deploy our nation's military to provide security when the host country's government is not willing to work with us to deliver lasting stability and security."

He added: "The Malian government's partnership with Wagner group is counterproductive to lasting stability and security in their region."

MINUSMA was launched in 2013 to help one of the world's poorest countries cope with a bloody jihadist campaign.

The UN Security Council renewed its mandate for one year on June 29, although the junta opposed requests to allow freedom of movement for rights investigators with the mission.

MINUSMA is one of the UN's biggest peacekeeping operations, with 17,557 troops, police, civilians and volunteers deployed as of June, according to the mission's website.

Ivory Coast has 857 military personnel and 30 police, according to the website.

MINUSMA is also one of the deadliest missions in UN peacekeeping missions, recording 281 deaths, most of them through hostile acts, especially improvised explosive devices.

In July, Egypt announced it was suspending participation by its 1,035 troops in MINUSMA, a move that came after two of its peacekeepers were killed and five wounded near the northern flashpoint town of Gao.