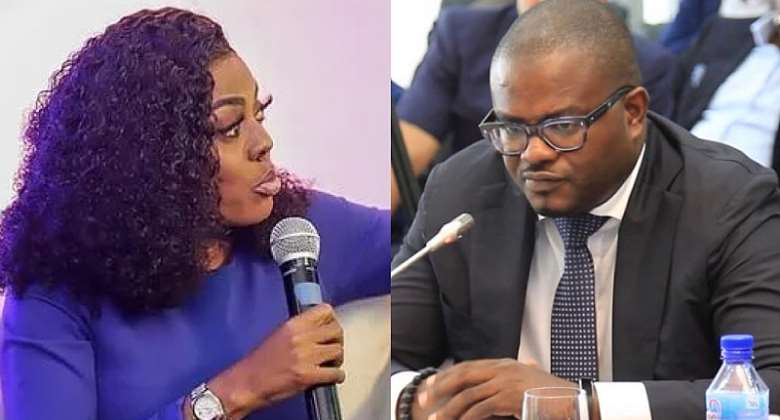 The vocal broadcast asserted that the former minister in the Galamsey Economy Exposè acted like a child when he saw physical dollars.

She described Mr. Adu Boahen’s reaction in the video as "greed" in a tweet on Monday, November 14, sighted by Modern Ghana News.

“A childish braggart. That one. They flash dollars at you then you start yobbing plenty. That’s what greed does to you,” she wrote.

This comes after the President of the Republic, H.E Nana Addo Dankwa Akufo-Addo sacked the Minister of State at the Ministry of Finance, Mr. Charles Adu Boahen.

In a statement issued by the Communications Directorate of the Ministry, it has confirmed that the termination of the appointment of the Minister of State takes effect immediately.

"The President of the Republic, Nana Addo Dankwa Akufo-Addo, has terminated the appointment of the Minister of State at the Ministry of Finance, Mr. Charles Adu Boahen, with immediate effect," the official statement said on Monday.

The sacking of the Minister of State comes after the President was informed about allegations made against Charles Adu Boahen in the Galamsey Economy exposé by Anas Aremeyaw Anas.

"After being made aware of the allegations levelled against the Minister in the expose, "Galamsey Economy", the President spoke to Mr. Adu Boahen, after which he took the decision to terminate his appointment, and also to refer the matter to the Special Prosecutor for further investigations," the official statement from the President further explained.

It concludes, "The President thanked Mr. Adu Boahen for his strong services to his government since his appointment in 2017, and wished him well in his future endeavours."