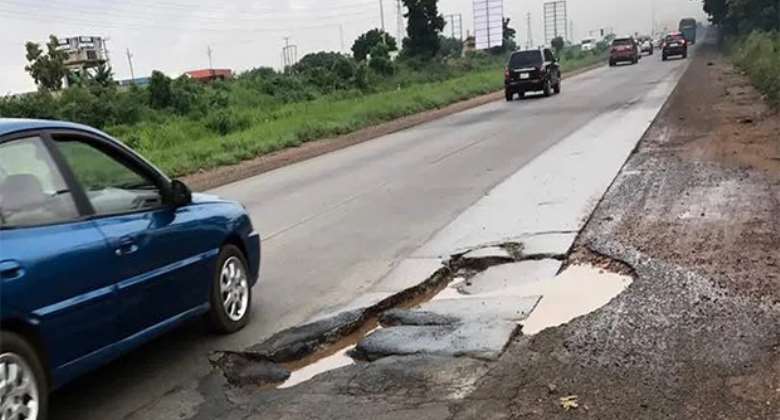 Sometimes, we wonder whether within the relevant state agencies, there are units which monitor our intra and inter-urban roads with a view to attending to blemishes before they magnify in scope.

The potholes which have developed on the country's premier motorway, the Tema Motorway, have been sources of accidents, some of them fatal since they reared their heads.

It took a state daily to raise a red flag over the anomalous conditions on the road before the necessary intervention came.

We do not want to believe that the officials whose duty it is to ensure that potholes are sealed before they grow bigger and even cost more to mend have not been on top of their assignments.

Such officials might have their budgetary challenges in such matters; but how come that within a short space of time after a publication about the deteriorating state of the road, action was taken immediately?

Our worry is that we are developing a culture where relevant state agents or agencies are not attending, as they should, to such glaring anomalies on our roads.

Taking the subject of the motorway hypothetically, it is a critical link road between the industrial hub of Tema and Accra and should therefore not deteriorate to the level it has been for a while now.

So many years after its construction as a flagship project of the Kwame Nkrumah administration, the road definitely demands an overhaul of sorts. Plans are on to expand it and so the excuse could be that with such a project in the works, an overhaul of the road, as suggested, could pass for an avoidable expenditure.

The foregone, nonetheless, we think that the potholes riddling our star link road could be sealed even as we await the total overhaul, semblance of which we have started witnessing anyway.

The motorway blemishes are not isolated cases, many roads whose construction cost the taxpayer so much having started developing potholes. Stitching them now would save nine.

Unfortunately, the agencies under whose jurisdiction such assignments fall are waiting to be woken from their slumber before picking their tools and attending to the potholes.

A situation where a driver especially, at night, attempts avoiding a gaping pothole and in the event colliding with an oncoming vehicle is not a welcome development. It is an avoidable occurrence because, if some officials had not been sleeping on their jobs, such incidents would not have taken place.

In urban settings such as in Accra, some traffic lights go off for several days before they are discovered and restored. In the course of the anomaly, motorists are expected to manoeuvre on their own. Some might not be lucky and end up being hit from the rear or even at the fore.

In all the foregone, we ask that the Department of Urban Roads, and the Ghana Police Service's Motor Transport and Traffic Department (MTTD), to monitor the challenges relevant to them and act accordingly.

In the case of the Department Of Urban Roads, constant monitoring of the roads would alert them about developing potholes especially, soon after the raining season. On the part of the police monitoring to determine where there are malfunctioning traffic lights and dispatching cops to direct traffic until normalcy is restored, would prevent accidents and inconveniences. Countries grow faster when we all play our parts well and sincerely.