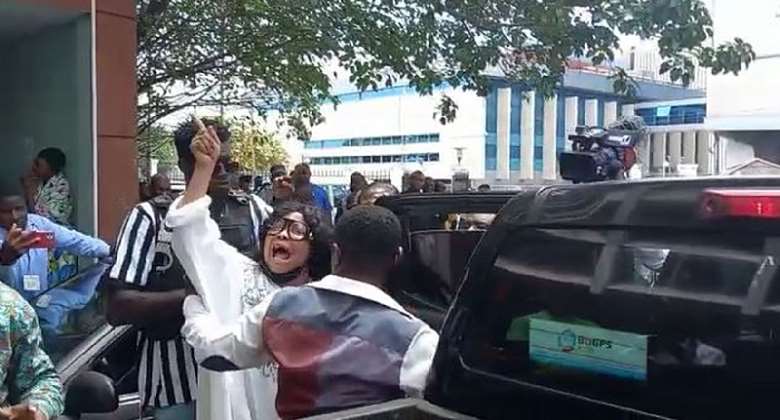 Lawyers for Patricia Asiedu aka Nana Agradaa have asked the Accra Circuit court 10 to vary the bail conditions given to the self-styled evangelist.

She was granted a GH¢150,000 bail with three sureties, one of whom must be justified with landed property.

She was further directed to deposit her passport at the court registry.

In court on Thursday however, her lawyer, Paul Asibi Abariga prayed the court to vary the conditions.

He told the court that it's been difficult getting civil servants to stand as sureties for the television personality.

The lawyer thus prayed the court to vary the condition to allow any “ordinary Ghanaian “to stand as surety for her.”

The lawyer also accused the Police of frustrating the bail execution process, as documents submitted two weeks ago have still not been attended to.

Prosecution led by DSP Slyvester Asare, however, opposed the application.

He told the court that Nana Agradaa had submitted the payslip of the sureties, which were being verified by the Controller and Accountant General.

He wondered who an ordinary Ghanaian would be in the prayer of Nana Agradaa's lawyers, and prayed the court not to vary the terms.

The case is adjourned to Friday, November 11, 2022, to determine bail variation.