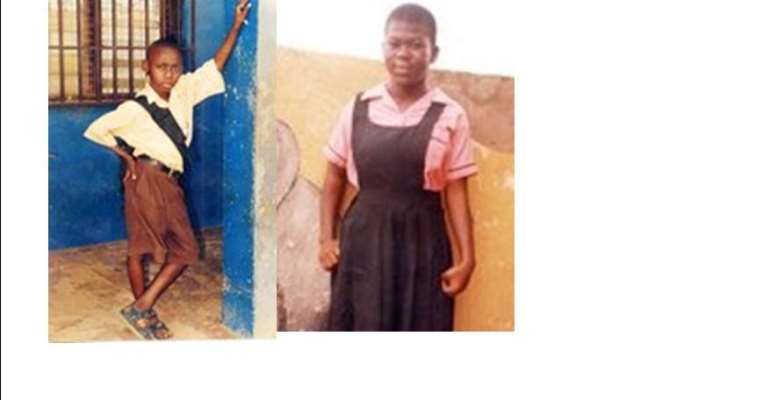 What was a normal Saturday morning jogging outing, turned into tragedy when Adam Lebong, 16, and Evelyn Yeboah, 13, who decided to go for a swim were swept away. In the attempt to save them, Richard Azakazi, 17 and Richard Asamoah, 13, also drowned.

The incident allegedly took place at about 7 a.m. at the beach behind the Independence Square, popularly called 'Bola' Beach.

The four, of Orchard International School, had joined some other people for jogging at the beach as they have been doing, according to reports. Richard and Evelyn were cousins.

The school prefect, Abraham Pwasi, the fifth member of the group survived.

As at yesterday afternoon, the bodies of the dead were said to have been retrieved and deposited at the Korle-Bu Teaching Hospital mortuary for autopsyWeeping bitterly, Pwasi told the Times that after the group's fitness exercise at the beach, Adam and Evelyn decided to swim. Soon after, they were seen being carried away by the waves, so the rest of them dived into the sea in an attempt to rescue them but Azakazi and Asamoah were also carried away.

Pwasi said at that moment, he gave up the attempt and started calling for help but they had been swept away.

When contacted, the school authorities confirmed that the five were students of the school but said the school had no hand in the keep-fit programme because it was a private programme organized in the area where the students reside.

Prince Antwi, father of Richard Asamoah and uncle of Evelyn, told the Times that the children usually go jogging on Saturdays but said he had no idea that they had been going as far as to the Independence Square beach.

Victoria Agbona, mother of Azakazi, weeping uncontrollably narrated to the Times how about five years ago, she lost a daughter then in JSS three and preparing for her Basic Education Certificate Examination.

A member of the keep-fit club said the five were not members but often joined the group from a distance and said after the exercises they left the beach.