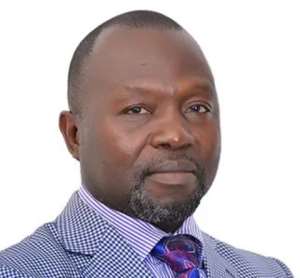 Member of Parliament for Bolgatanga East Constituency Dr. Dominic Ayine has made an interesting proposal to people from the Upper East Region home and abroad regarding the delayed regional Airport.

According to the Bolga East legislator, the construction of the Upper East regional airport can be done by the people themselves.

Speaking in an interview with this reporter on Wednesday, October 28, 2022, the MP said the people of the region need to think positive about the project. “We as citizens of the Upper East Region, why are we not thinking about the possibility that we could do this ourselves?" he asked

Dr. Ayine further explained that to make the Upper East Regional airport a reality, the people of the region could construct it themselves by putting together a company that will allow citizens to buy shares to generate proceeds for the project.

“We could begin to think about putting together a company, letting our own citizens buy shares in the company and we use the proceed to construct the Airport, and those who bought shares in the company will be paid dividends if we make a profit and if it doesn’t make a profit you say well, you have contributed to the development of your region. This is not rocket science,” he stressed.

He, however, advised the region not to rely on the government or MPs for all projects, stressing that they should come together and make the airport a reality.

“Let us as a region, put aside our partisan affiliations and say that we want an airport for ourselves. We want to set up a company and asked our ordinary citizens to buy form in this company, shares for One Thousand Ghana Cedis (Ghc1000.00). Let’s get a very solid Board of Directors, let’s get a very solid management company, and let us build that Airport through private initiative. If the Ghana Airport wants to team up with those who are going to invest in it fine! If not let’s go ahead and acquire land by paying compensation with what comes in by way of shares subscription and then we can build that Airport,” Dr. Ayine emphasised.