Children among 11 killed in fire at Uganda blind school 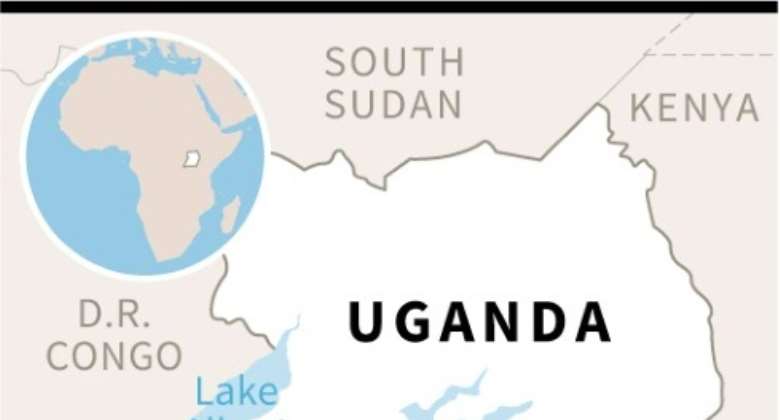 Map of Uganda locating Mukono, where a deadly fire broke out at a school for the blind. By (AFP)

Eleven people, mostly children, have been killed in a blaze that tore through a school for the blind in Uganda in the early hours of Tuesday, police and a government minister said.

"The cause of the fire is currently unknown but so far 11 deaths as a result of the fire have been confirmed while six are in critical conditions and admitted (to hospital)," the Uganda Police Force said on Twitter.

The disaster occurred at about 1 am (2200 GMT Monday) at the Salama School for the Blind in the Mukono district, east of the capital Kampala.

Police said an investigation had been launched into the cause of the inferno and more details would be released later.

"Most of the dead are children at the school and our sympathies go to the parents," Internal Affairs Minister General Kahinda Otafiire told AFP.

He said the school has been cordoned off as a "crime scene" and vowed that there would be a full investigation.

"As government we shall go to the root cause of the fire and if there are any culprits they will be apprehended and the law will take its course," he added.

Richard Muhimba, the distraught father of one of the dead children, told AFP: "No words can explain the pain I am going through.

"I visited my child on Saturday, he was in good health and in less than three days he is gone... Please give me time to go through this pain," said Muhimba, before hanging up.

A friend told AFP that the child was aged 15 and that Muhimba was a father of five.

Salama was built in April 1999 by the local government in Mukono and caters for children and young adults between the ages of six to 25.

The East African nation has suffered a string of deadly school fires in recent years.

In November 2018, 11 boys perished and another 20 suffered severe burns in a suspected arson attack at a boarding school in southern Uganda.

In April 2008, 18 schoolgirls burned to death along with one adult when a fire engulfed their dormitory at a junior school near the Ugandan capital.

In March 2006, at least 13 children were killed and several hurt when fire razed an Islamic school in western Uganda. In July the same year, six children died in a similar fire in the east.