It's obnoxious, ex-gratia should be reduced and paid once — Kwabena Agyapong 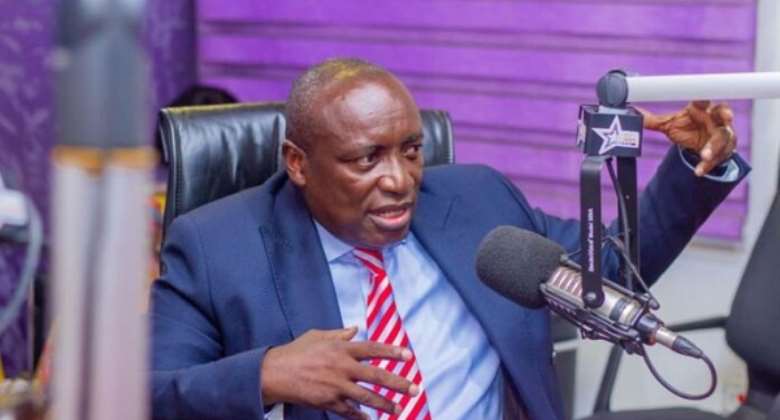 Former General Secretary of the governing New Patriotic Party (NPP), Kwabena Agyei Agyapong, has frowned on multiple payments of ex-gratia to a Member of Parliament (MP) in the country.

Paying ex-gratia to an MP who has retained his seat according to the aspiring NPP flagbearer should be eliminated from the system completely.

Speaking in an interview with the Accra-based Joy News’ Upfront show on Thursday, October 6, he explained that he is not against paying some benefits to people who have risked serving the country.

His disdain is that such payment should be once.

“Ex-gratia should be like a parachute payment. When you have served your country like a Member of Parliament…it’s a difficult assignment. I would say it is like marriage. When you elevate a lady to certain level as a wife and you want to leave, that’s why they let you pay alimony.

“You have to support her. You cannot allow her just to drop because you are leaving. That’s not right. It is not fair. You make somebody an honourable Member of Parliament, he served when he is going home, something little. Maybe he can take the car away,” the former NPP General Secretary opined.

“…not after every four years. I never understood that. If you are coming back it cannot be ex-gratia. I see the Speaker and the likes of Kyei Mensah, they must have benefited a lot. My good friend KT Hammond…that is not right. It cannot be right on any moral standing. We should stop it immediately. We don’t have the money as a country,” he added.

The debate about whether the payment of an ex-gratia should be maintained or scrapped became a hot topic when Togbe Afede’s rejected GH365.392.67 paid him as ex-gratia after he served as a Council of State member.