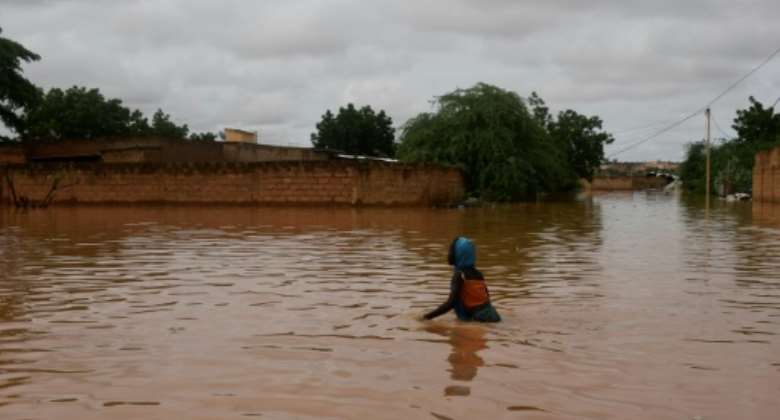 Floods in Niger are common during the rainy season -- climate change may also be having an impact, its meteorological agency says. By BOUREIMA HAMA (AFP)

Flooding caused by heavy rains in the West African state of Niger has claimed nearly 200 lives and affected more than a quarter of a million people, the Civil Protection Service said on Thursday, describing the toll as one of the highest on record.

The worst-affected regions are Maradi and Zinder in the centre of the country, Dosso in the southwest and Tahoua in the west.

The rainy season in Niger, located in the heart of the arid Sahel, typically runs from June to September and routinely claims lives.

Katiellou Gaptia Lawan, head of the national meteorological agency, said this year's heavy rains were consistent with models of impacts from climate change.

Niger is the world's poorest country, according to the benchmark of the 2020 Human Development Index devised by the United Nations Development Programme (UNDP).

Over 4.4 million people -- more than a fifth of the population -- fall into the category of "severe" food insecurity, the International Red Cross and Red Crescent said in July.