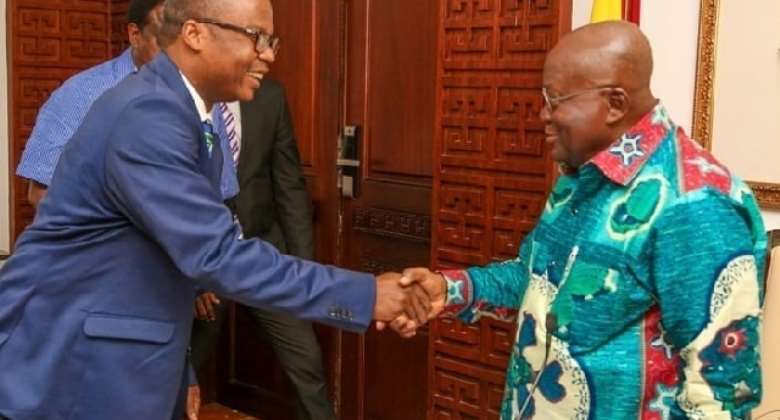 Defunct UT Bank founder, Prince Kofi Amoabeng has said it was regrettable that the Akufo-Addo government opted to use billions of taxpayers’ money to collapse his Bank and eight other Ghanaian banks in the financial cleanup exercise.

UT Bank was collapsed by the Bank of Ghana in 2017.

Also, the licences of more than 370 other financial institutions were revoked.

Several thousands of people lost their jobs through the central bank-led exercise.

In an interview with Nana Otu Darko on CTV’s morning show, Dwabre Mu, on Tuesday, 4 October 2022, Mr Amoabeng said: “It pains me that we built a great Ghanaian company, an iconic company and we were invited to talk about what we achieved in Stanford, in Oxford; we have built an iconic company that Johnny Walker International would want to associate with. We don’t just kill it”.

Talking about his regrets, Mr Amoabeng said: “When I watch CNN and I see Zenith Bank, Access Bank, UBA, etc., then I wonder when Ghana would get even just one company that markets the country internationally. So that is a regret – that our attempt to create something international is gone”.

The other regret, he noted, is the “lost of serious monies” by the investors “who believed in us”.

“I regret the death of some of my staff and the situation in which I find some of them but, at least, we gave it a try”, he added.

“Some of them died and some of them still don’t have work to do. Some of them call me every so often like, ‘what is next?’”

He noted: “The story of UT Bank is that we bought an existing foreign bank, that’s how we got the licence”.

According to him, the central bank governor and his officials behaved like "puppets on a string" in collapsing the banks, since they were appointed by the President.