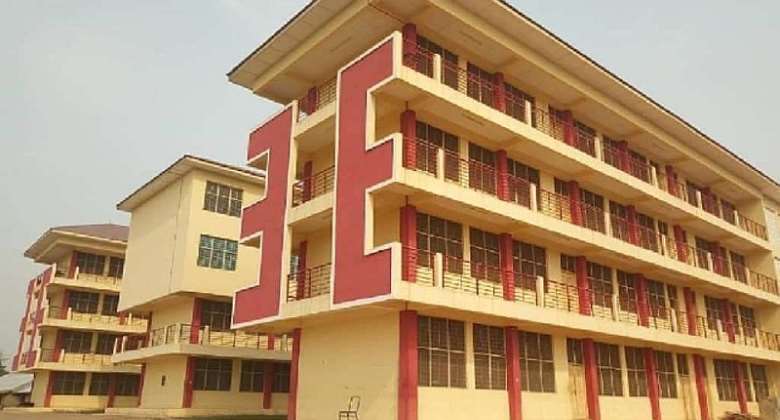 It is now clear that members of the opposition National Democratic Congress (NDC) are confused about the actual number of Community Senior High Schools (E-Blocks) the erstwhile John Mahama administration completed before exiting office in 2016.

The level of inconsistency and deliberate misinformation by their communicators and sympathizers targeted at the unsuspecting public make one wonder if they care about their integrity.

As if that is not enough, Felix Ofosu Kwakye, a former Deputy Minister of Communication is also on record to have stated THIRTY-SIX (36) as the exact number of E-Blocks the Mahama government completed and commissioned before leaving office.

Latest to join the fray of propaganda is Sammy Gyamfi. Speaking on TV3 last Saturday morning, the National Communication Officer of the NDC stated that Mahama commissioned over FIFTY (50) E-Blocks before exiting office.

He didn't stop at that. He also appropriated the Science, Technology, Engineering and Mathematics (STEM) SHS at Abomosu in the Eastern Region to the erstwhile regime, stating emphatically that John Mahama cut sod for the construction of the school --- a blatant untruth!

For the records, the Mahama government completed less than FIFTY (50) out of the TWO HUNDRED (200) Community Day Senior High Schools (E-Blocks) they promised to build in 4 years (2012-2016).

In fact, in their own handing over notes to the Presidential Transition Team, they state 47 as the number of E-Blocks started (NOT COMPLETED). It is worthy to note that twenty three (23) out of this number were funded by the World Bank.

Checks at the listed sites in their handing over notes indicate that the actual number of COMPLETED and COMMISSIONED E-Blocks by Mahama was TWENTY-NINE (29), and not those numbers which have been bandied about by their communicators.

It must also be stated that, upon assumption of office, the Akufo-Addo-led government has constructed and completed THIRTY-ONE (31) E-Blocks, with over TEN (10) state-of-the-art STEM Senior High Schools across the country, with intake of students to begin in earnest.