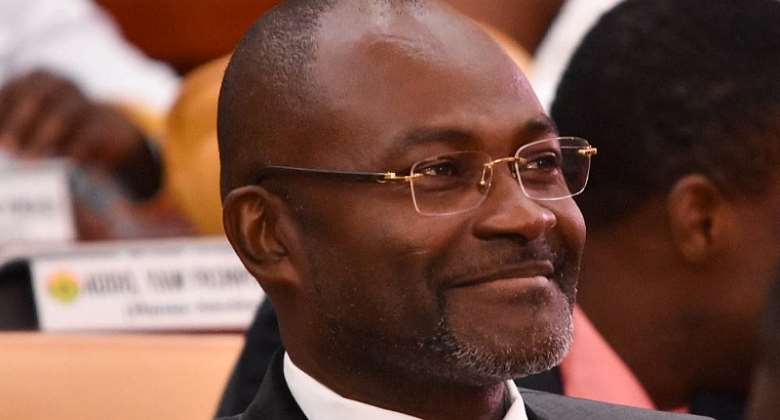 A pro New Patriotic Party (NPP) group, "Ken 4 President” has alleged that some bigwigs in the party are doing everything possible to thwart the ambition of Assin Central MP Hon Kennedy Agyapong to become the party's flagbearer.

The group believes some stalwarts in the party who are hell-bent on destroying Hon Kennedy Agyapong's ambition to lead the party have resorted to unnecessary name callings and other demeaning politics just to discredit him.

The group has, therefore, vowed to resist any attempt by individuals or groups to play dirty politics with the image of Hon Kennedy Agyapong.

In a press release signed by the Secretary of Ken 4 President Kwadwo Owusu and copied to this portal on Monday October 4, 2022 the group said most of the people fighting Hon Kennedy Agyapong are only afraid of the blatant honesty and integrity of the MP.

"When integrity, insight, inclusiveness and truth become essential qualities of leadership, followers who tell the truth and leaders who listen to it, are an unbeatable combination too hard to trample upon. So in the face of leadership flaws, too many people assume cynical perspectives, rather than do the hard work of building relationships in which they can have more positive influence, yet, they wouldn't budge.

"We as a group know for a fact that Hon Kennedy Agyapong stands for truth, honesty and integrity and so those who are vehemently opposing his aspirants to lead the party with foul means are the ones who hate to be truthful to the masses,” parts of the statement noted.

Anything that points to goodness, and it's meritably meritorious, attract followers naturally but we find it extremely awkward and politically challenging to see some people hell-bent with every effort to stand against the people's choice and altruistic individual, Kennedy Ohene Agyapong, whose actions inspire others to dream more, learn more, do more, and become more, is now a target, targeted internally in the NPP to ruin and thwart Ken's presidential ambition but the force behind the man, is preternaturally DIVINE, sanctioned by God beyond human reasoning and capabilities

When reality finally dawn on us while truth unmasked the real people fueling this agenda to break the unbreakable, the use-and-dump theory in today's politics would have been history. It is therefore at our disadvantage to reject UNITY as a party seeking re-election in 2024. And with much emphasis on this issue, It stands to reason logically, that, it is politically suicidal if the NPP fail to check and halt such obscure act of cruelty and nib it in the bud immediately, else the eventualities, marching up in the tunnel will spell doom for our great party.

Ghana at this moment needs a bold and decisive leader with practical experience on the ground, that urges and energizes the down-trodden wobbling in clutches to come up alive in hope and also come to terms with the truth that, the the-can-do spirit is alive and active, ready to be utilized and use perfectly in line with the needs of Ghanaians when men like Kennedy Ohene Agyapong emerges as the leader and president of this country.

When integrity, insight, inclusiveness and truth become essential qualities of leadership, followers who tell the truth and leaders who listen to it, are an unbeatable combination too hard to trample upon. So in the face of leadership flaws, too many people assume cynical perspectives, rather than do the hard work of building relationships in which they can have more positive influence, yet, they wouldn't budge.

A reflective reading into Ghana's political democratic history, people who are not straight, but still depend on Machiavellian tactics, eventually get punished and relegated while the likes of Kennedy Ohene Agyapong triumph always.