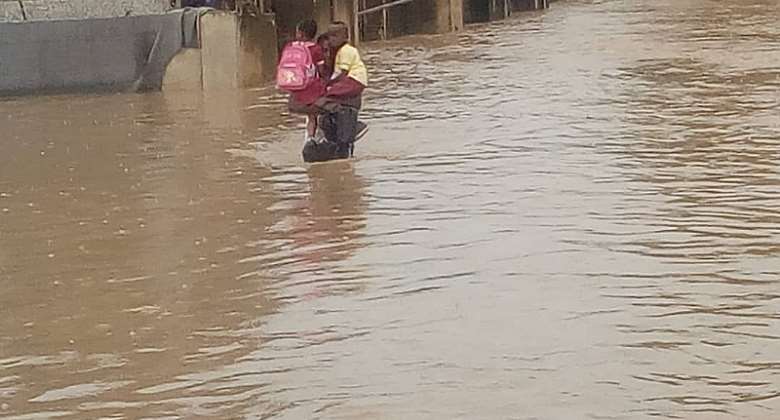 The dead body of an unknown person has been found after flood waters in Koforidua receded Monday morning.

The body was still lying in the drainage facility at the time of reporting at 6;40am.

Major roads leading to the Eastern regional capital Koforidua were severely flooded after a downpour on Sunday.

The floods prevented vehicular movement for many hours creating gridlock until the flood waters receded at about 9:00pm.

Hundreds of passengers and drivers were stranded.

The floods were caused by the overflow of rivers and drainages on the roads.

Few drivers who attempted to bulldoze through the flood waters had their engines damaged.

A mechanic shop at Abrewankwanta was submerged destroying dozens of vehicles under repair.

Due to the situation, commercial drivers traveling outside Koforidua doubled their transportation fares to cover the cost of using long winding deplorable alternate routes to their destinations.

The newly constructed bridge on Koforidua to Nyamekrom road which was serving as an alternate route to Suhum has also collapsed.