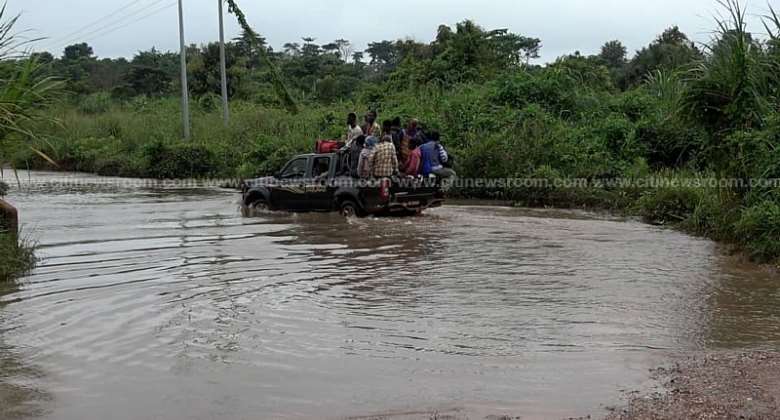 Several communities in the Sunyani West Municipality of the Bono Region have been cut off from the capital Odumasi following heavy downpour in the Municipality.

This is because construction works being undertaken on some bridges by a contractor working on the road have been left unfinished.

As a result, rainwater does not have a passage under the abandoned bridges, and it has now taken over the road.

Assembly Member of Adoe Electoral Area, one of the affected areas Issahaku Sulemana has been speaking to Citi News.

“It affected us a lot because yesterday, somebody was even about to be drowned. A woman was about to cross, and she fell down. Without our help, water would have carried her away.”

Efforts to speak to the Municipal Chief Executive for Sunyani West Municipality, Kwasi Boadum, have been unsuccessful.