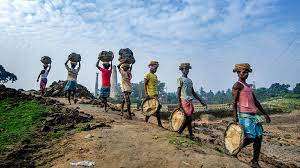 It said 12 per cent of all those in forced labour were children and more than half of the victims were in commercial sexual exploitation.

The report said Asia and the Pacific Region had the highest number of people in forced labour (15.1million) and the Arab States, had the highest prevalence (5.3 per thousand people).

The report said addressing decent work deficits in the informal economy, as part of broader efforts towards economic formalization, was a priority for progress against forced labour.